She has overcome the spiritual 'potholes' 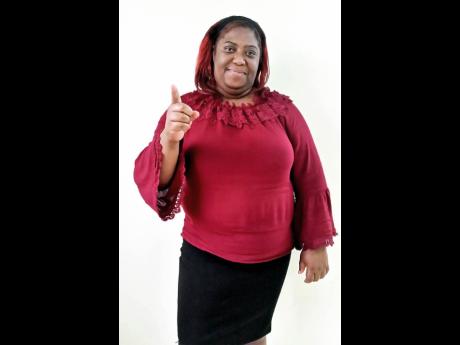 Christians are encouraged to testify at all times about the goodness and blessings of Jesus.

It is said that when they do, they weaken the stronghold of the devil and it gives them (Christians) more inspiration to keep serving Christ.

Nicola Cohen has been walking with her Maker for over 17 years. She testified that the journey has never been easy, because she has encountered many spiritual 'potholes' including temptations, difficult days, and disappointments.

But because she has a God who never fails, she can continue to serve Him and sport a broad smile at all times.

Cohen shared that surrendering her life to the Lord was the best thing she has ever done. She explained that when she was out in the world she saw and did many things, but when she got a grip of herself, she realised that there was nothing out there.

"Being saved adds more purpose to life. You are aware that there is a relationship with God and you know that He is always there for you," testified Cohen.

She explained that she had been through much before she started her Christian journey, but God has been good to her. She noted that it is worth serving the Lord because He always makes a way.

"Before I got saved, my father was killed by gunmen, and that really devastated me. Before I got saved I was engaged to be married, and my fiancE came to the island and was on his way back to the airport when he met in a motor vehicle accident and died," said Cohen.

The woman of God said that at one point, she started to question why so many things were happening to her, even switching her denomination from Anglican to New Testament after she encountered her misfortunes.

"After losing so much and surrendering to the Lord, things just started turning around for me. He has seen me through a lot of things. I was unemployed, and I received a call from the Cayman Islands for a job offering. I went and I got the job, so I could work and provide for my three children at the time," Cohen shared.

She noted that while working in the Cayman Islands, her mother fell ill and she had to return home to take care of her.

She stressed that she was really hurt when she passed away because she was very close to her mother.

"I felt like everything was just being taken away from me," she said. "But then I remembered how much God loves me and what He has done for me while taking me through so many things. I just have to stay with Him. I prayed a lot and asked God to just take me past each hurdle I face."

Cohen said that she is being blessed by the Lord, who she said has not stopped blessing her as He continues to provide for her and her children every day.