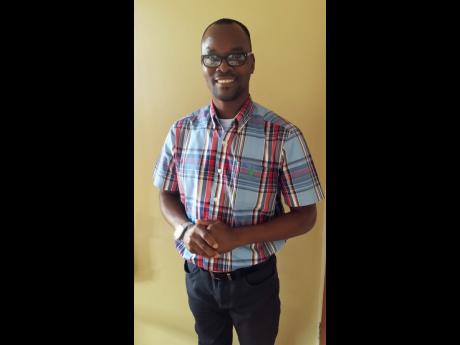 There are many who believe that the Lord will provide angels to protect His people.

Well, Patrick Tucker of the Falmouth Seventh-Day Adventist Church in Trelawny is one of them.

Tucker, who has been baptised since 1997, shared that two Mondays ago he was heading to a family member's home in St Ann.

When he was close to his destination, he had to await another vehicle so that he could finish his journey.

He said that while waiting on the taxi, a vehicle drove up close to him, and persons in it asked him if there was a tobacco farm close by.

Tucker said he told them that he was not from the area. They further asked him how close he was to the community he was going to, and he said it was two and a half miles away.

"I did not pay them any further attention because I did not know what they were about," he said.

Soon after, another vehicle drove up.

"I went in the back seat and I told the driver that the guys in the other vehicle seemed as if they wanted to rob somebody in the day," said Tucker.

Tucker said the driver responded by saying "really", but not much else. He pointed out that when he reached his destination he gave the driver $100 and got out.

"He said he had no coins to give me change. When I came out I expected the vehicle to continue its journey, but the vehicle did not move. I turned and looked and the vehicle was still there so I continued my journey and walked through the gate," said Tucker.

He said when he went through the gate, he did not hear or see the vehicle drive off.

"I did not pay the events any mind until the Tuesday evening when I told my wife that I heard on the news that they abducted someone," he said. "I started to tell her what had taken place the day before and she said it must have been angels that protected me. I know that the Lord is always with me, and is always protecting me."