Call To The Bar: Pepsi's Bar is still the spot in Goshen 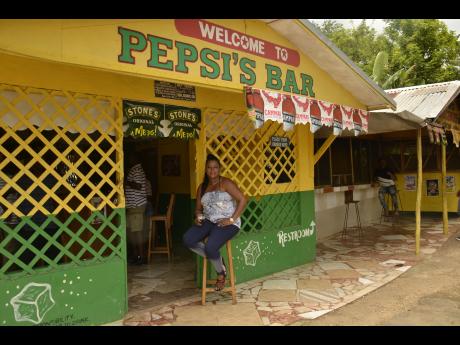 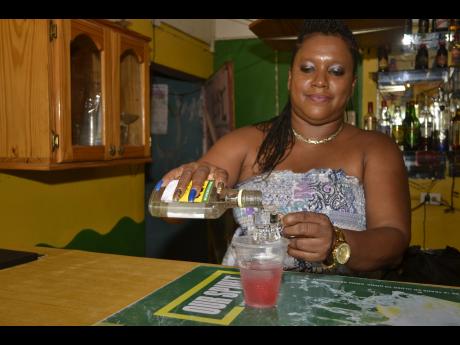 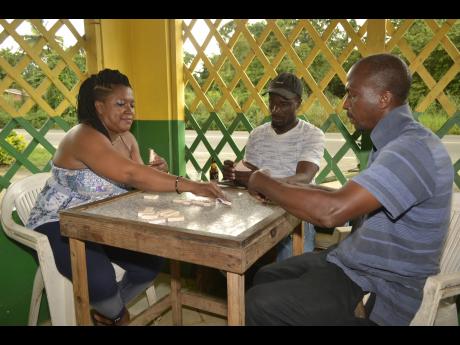 Errol Crosby/Photographer Nicola plays a game of dominoes with two of her customers. 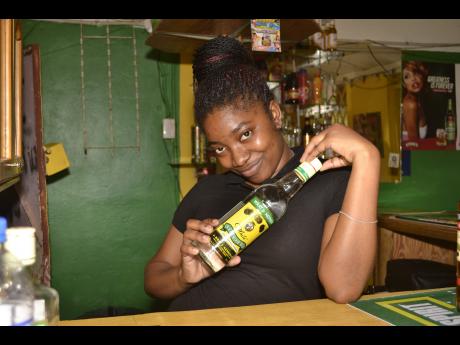 Say the name 'Pepsi' in the Goshen area, and most people will think you're referring to the late Shirley 'Pepsi' Holness, not the popular beverage.

She started a small jerk centre more than 30 years ago, and during that time, it has become a staple of the district and its environs.

Even though Pepsi passed away last year, she had already handed over the mantle to her daughter, Nicola McNeil, about 13 years ago.

"If you ever see where it (jerk centre) was coming from. It was just a round something with zinc, and two jerk pan," McNeil laughed.

The jerk centre has gotten bigger, and over time, the operation has expanded into a bar and restaurant.

But despite the changes, and perhaps even because of them, Pepsi's is still the place to stop for many a passer-by, but especially for those who know the area, and who knew Pepsi.

"She was well known. That is why I haven't changed the name. I can't say 'Nicky' or 'Nicola'," said McNeil.

McNeil is Goshen born and raised, and apart from a few years that she lived in Santa Cruz, this has been home.

Among those enjoying a drink (or few) on the day THE STAR passed by was Keith McLeod.

The jolly gent confirmed that he was been wetting his whistle at Pepsi's "since Nicky small so", he gestures to a height just above his knee.

"A dis a di traditional spot roun' here," he smiled, before claiming: "This is the first place in St Elizabeth (that) start do the jerk. This is testimony."

McNeil, who is a hairdresser by profession, used to work with her mother in the bar, but after Holness got baptised, McNeil had more of a role.

"Back then, she used to get many customers from Alpart, like the truck drivers heading to Kingston," she said. "Now, I get a lot of taxi men. But it's generally an older crowd here, overall."

Since taking over full-time, McNeil has made changes, including remodelling the bar area and hosting drink specials and parties.

"For instance, I always do something every December. It's a Christmas thing for customers," she said.

Separate from the jerked meats, the restaurant also does breakfast and lunch, including all the favourites like curried chicken, stewed pork, ackee and salt fish and rice and peas.

McNeil used to do the cooking herself, but now she has employed two chefs.

McNeil said that she believes it's this kind of family vibe and the jovial customer service that keep Pepsi's Bar doing well. Like her mother, she has a succession plan.

"He (son) is going to take it over one day," she said confidently. "It's ours. It's a family thing."