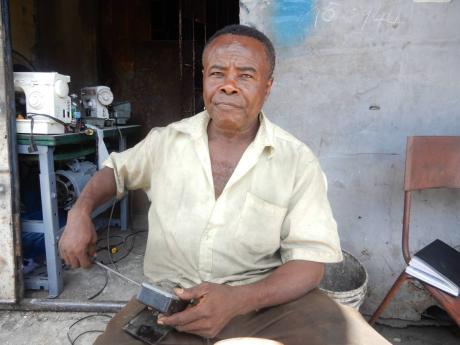 McLean makes an adjustment to a piece of equipment. 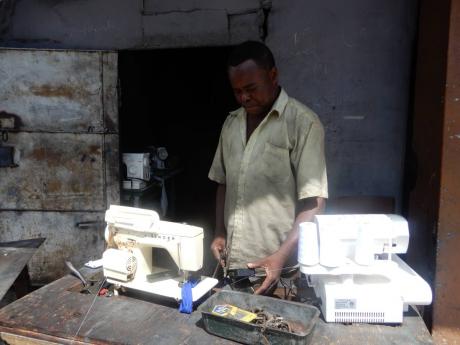 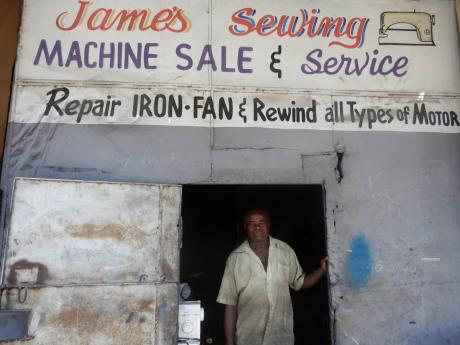 James McLean stands at the doorway of his shop. 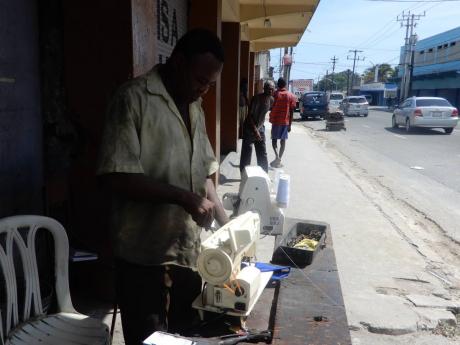 The noise from vehicles driving on the busy stretch that is Slipe Pen Road in Cross Roads, St Andrew, does not affect James McLean, the ‘machine man’.

In fact, on any given day when one traverses this road, McLean can be seen sitting on the outside of his shop, ‘James Sewing Machine Sale and Service’, totally absorbed in the latest machine he’s fixing.

He told THE STAR that he welcomes the noise. “It take loneliness away. I just deh here, working, working,” he said.

But although he’s very skilled at fixing sewing machines, it wasn’t his first choice as a job. It was a natural transition for him when his tailoring business fell on hard times.

“It was a side job. I was a tailor on East Queen Street for many years. But the importation (regulations) kill off the garment industry in Jamaica, because now you had garments coming from China cheap cheap. So as we speak ya now it’s a full-time job,” he said.

The 66-year-old said he learnt how to fix sewing machines from watching mechanics work on his own.

Now he’s been operating a thriving business for more than 20 years, and has clientele from all over the island.

“I have both men and women who come to me with their machines to be fixed. People from all over. The machine industry is a wide industry, but the basic machine, I know how to fix them, and those are the ones we use here,” he said

He said the amount of time it takes to work on a machines depends on the kind of damage done to it, and that will also affect the cost of fixing.

“Some machine will take you all three days, while some will take 20 minutes, so it varies. The cost varies too, it can be normally between $2,500 and $3,000. Some time you have a bad day sometime you have a good day,” he said.

McLean said the job allows him to take care of his son, who he said is now an adult, and has provided him with a steady income for years. But he intends to return to his first love – sewing.

“I’ve been a tailor from in the 60s. I went to Alpha Boys School and learn how to sew. Something about sewing, it’s my hobby, and I use my hobby and mek it a job, and I enjoy it very much. When somebody put on a garment that you mek and it fit, yuh feel good,” he said.

He added: “And now we have the security guard uniforms, school uniforms and church uniforms wanted by Jamaicans. So since the market is coming back on form, mi a go come back on form.”