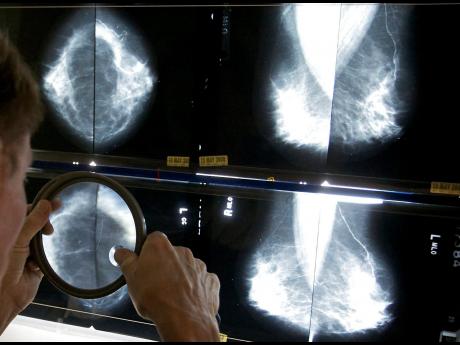 AP A radiologist uses a magnifying glass to check mammograms for breast cancer in Los Angeles. There's more disappointing evidence that breast cancer screening is not as helpful as many women believe. 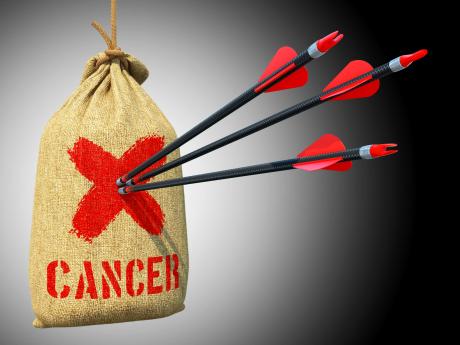 Researchers claim they have found a new method to battle cancer. This new method seems to have promising prospects for Jamaicans battling cancer.

The researchers have found a way to infect tumours with other viruses that may cause the immune system to eradicate tumour cells anywhere in the body.

New research in Talimogene laherparepvec, more commonly known as T-VEC, has shed new light on the treatment of cancer. T-VEC has been developed as a means to eliminate advanced cancers.

T-VEC is a method through which cells have been modified to selectively replicate cancerous tumours, resulting in the destruction of cancerous cells, leaving normal cells unharmed.

"If we take some of these cancer cells outside of our bodies, and mix them with a virus so the virus is on the cell itself, we can then put the cells back into the body," Dr Jephthah Ford explained.

"The body's defence system will then see a strangeness and modify itself to destroy the strain cells."

Dr Ford is seeking to participate in this international experimental research.

Explaining to THE STAR, Dr Ford said, "I am sending them some Jamaican patients. We have sent invitations to them and they have responded. We are now waiting for them to list some of the criteria they are willing to use to go forward.

I have four patient profiles that I have sent to them. They (the patients) are enthused and more than willing to participate. Miraculously, your own system starts to fight and remove the cancer cells for itself. That is what these guys have done, Immune-system activation."

In making the comparison to alternate cancer treatment, Dr Ford explained the new experimental procedure is the way of the future. Chemotherapy and radiation therapy appears to pale in contrast, he said. These old methods often translate to a few more months of life.

"Chemotherapy is terrible for most people," the medical practitioner explained. "A lot, too, do radiotherapy where doctors see if they can stop it from growing. These are the old-time methods that have been around for years, and we know that they are not very effective."

Dr Ford is awaiting a response from researchers abroad to potentially save the lives of many suffering from cancer.

"In the prestigious journal of medicine, I have some patients that have even reached stage four and have satisfied their criteria," he said.

"They are willing to take a chance to see if they can be cured, even though they are not guaranteed to live. But, from where they sit, it is a big plus. They will get treatment at no cost."