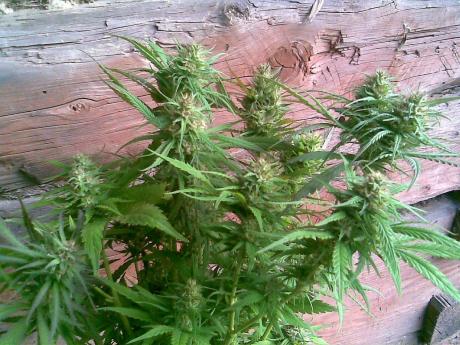 The seizure has sparked a probe spanning multiple parishes into activities suspected to be related to the guns for drugs trade.

Reports are that about 6 p.m., on Saturday, the lawmen, who were on special operations in the area, observed two men unloading parcels from a Toyota Rav 4 motorcar. The vehicle was approached by the police party and the men ran. The vehicle and the surrounding area were searched and 26 knitted bags containing approximately 893 pounds of ganja were found. Thirty-one barrels of gasoline were also seized, along with the Toyota Rav 4.

The police have since maintained a strong presence in the area and are following leads that they believe can yield positive results.

"We are determined to cut off the supply of drugs to neighbouring countries as we seek to take the profitability out of crime and significantly reduce the intake of guns into the country. We have launched a diligent probe into this matter and we are certainly making the suppliers in the guns for drugs trade very uncomfortable," Superintendent Calvin Small, head of the Narcotics Division said.

"Citizens need to help us. We do not want the guns to come into our country, we are well aware of the damage guns have caused and continue to cause. Give us the information on these traffickers and play your part in building safer communities."