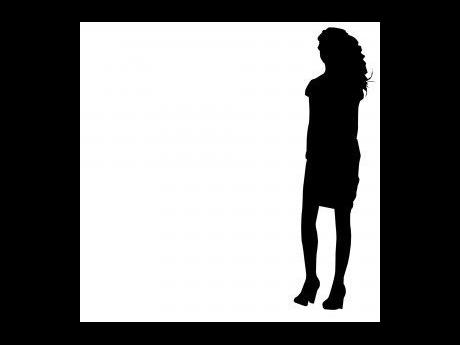 In her young life, 17 year old Stacia Thompson* has faced many obstacles, her latest struggle is now to face the race against time to source funding for fees that need to be paid when the next academic year begins in September.

To clear her impending costs, Thompson has turned to the world's oldest profession prostitution.

According to the student of a corporate area, she views selling her body as a 'summer job', just like internships at formal places of employment where teenagers, her age, are currently engaged.

"They take internships to make a little money, me doing the same thing, just not the office job. Once I get the goal, I'll stop," she explained to THE WEEKEND STAR.

The goals that Thompson is referring to is her aim of making $20,000 that she says is cost for the four Caribbean Secondary Education Certificate subjects she is expecting to sit next year May.

The teenager, who was introduced to the illegal sex trade by her older sister, who is also her guardian, said she did not find her choice of summer job to be strange.

"Me exposed to sex from like 13 or 14, so why not use it for money?" said Thompson who has been selling sex at Port Henderson Road, infamously known as Back Road, for the past three months.

Thompson plans to be there for a month.

According to the student, who is heading into fifth form September, she prefers to acquire the needed funds herself because she has been victimized by persons who claimed to desire to help her on previous occasions.

"When my mother died when I was 12. We moved in wid a pastor and after a year him try sex off me and me sister so we move out. That's how she start go Back Road," she explained.

When THE WEEKEND STAR queried if she wouldnt prefer to seek help through the media, she turned down the idea.

"Me no want ntn from nobody cuz everybody want someone from u, so rather do it meself," she explained.

The independent and outspoken 17 year old told THE WEEKEND STAR that her time as a prostitute has been an eye opener.

"Used to think a only poor and ugly man buy sex but me sell to people weh come Back Road that drive big vehicle like Land Rover," she said.

The teenager told THE STAR that business had been going well as she was she close to her financial target.

"After this, me done wid that, thank God, me never see any a my classmates," a relieved Thompson said.

Thompson, who says she wants to be a secretary or nurse, says she does not intend to return to prostitution after graduating from high school next year.

"I want get more subjects after me done school, and my sister nah go allow me to come back around here anyways, nuff convincing it take fi she make do it in the first place," she explained.