Local volunteers passing on the 'blessings' 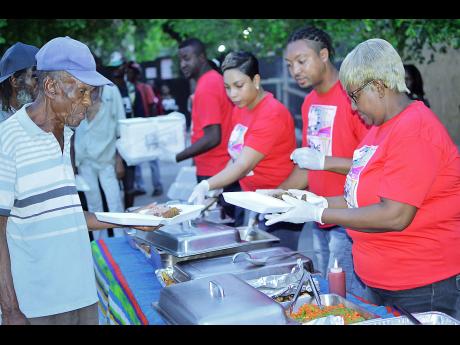 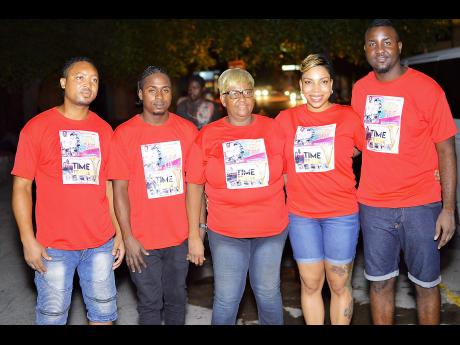 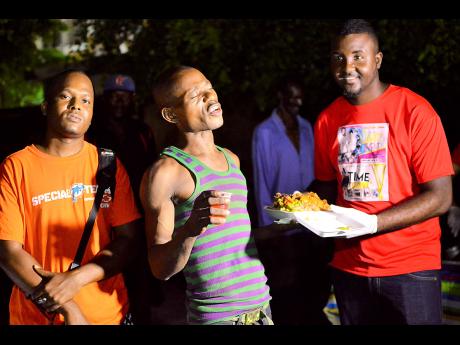 Jermaine (centre) a homeless man, is giving thanks for the food he's about to receive from Andrew Fisher (right) a volunteer from Tha Blessing Miracle Foundation. Looking on (at left), is videographer Nerro. 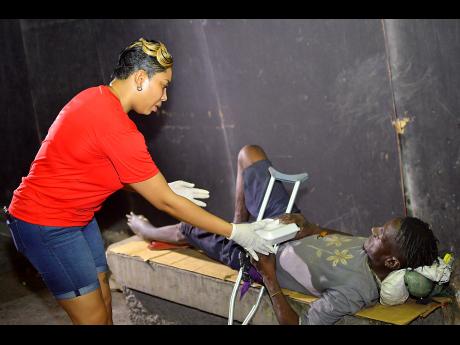 It takes a big heart and some financial power to care for the less fortunate, and one non-profit organisation, Tha Blessing Magical Foundation, has been doing this for years.

The foundation is the brainchild of Nurse Stacyann Roberts, who is a Jamaican living in the United States.

Andrew Fisher, another Jamaican, saw the vision and joined the foundation.

The two have joined forces with other volunteers and together they have changed lives, and put a smile on the faces of people they have met along their journey.

Roberts takes care of the overseas work, which includes shipping the food and school supplies, while Fisher does the groundwork locally to see that everything is in order.

He also uses his personal funds to fill any gaps here and there.

"For years, I've been taking care of about four elders faithfully in my hometown of Old Braeton, but it was in 2013 when I launched the foundation. It was first called The Blessing Helping Hands Movement, then in 2015 the name of the foundation changed," said Roberts.

She explained that she was passionate about it because of personal reasons.

"There was a old lady who used to clean the bathroom at Braeton All-Age School; they found her dead in her little board house. The sad part is, she been dead for at least four days when they discovered her decomposed body. That led me to start doing a elderly grocery drive as well as a elderly check-up and assistance with doctor bills/visits and medications," she said.

One of the foundation's activities is an annual homeless food drive, where volunteers venture in the heart of downtown Kingston and assist the destitute and downtrodden with a meal and refreshment. They made the latest trek last Monday.

Jermaine, a homeless man, said that he and others are grateful for the meal and thanked Roberts and all the volunteers for all they have done.

"Greatness a happen here, these people are true people, a manners and respect. A after 7 p.m. and mosquitoes a bite dem and dem (volunteers) nah move," he expressed.

He explained that the food would fill a gap, and it prevented some of the homeless persons from doing anything illegal to get food that night.

The foundation also did a grocery and back-to-school sponsorship drive last Tuesday.

"We are mainly using our personal funds to do this ... we get a few donations from people, but it's a small drop in the bucket; but we appreciate all that people have done," said Roberts.

The school sponsorship drive touched areas such as Rema and surrounding areas, while the grocery drive took the volunteers to places such as Dunbeholden in Portmore, Dunkirk in east Kingston, and Linstead in St Catherine.