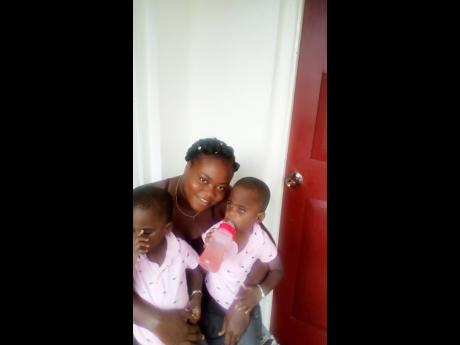 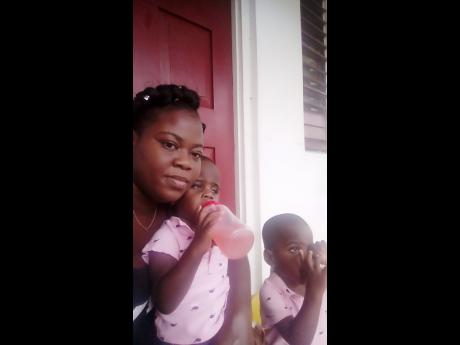 Nickeala Campbell with her twin boys. 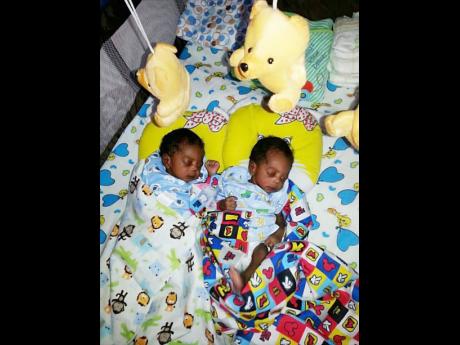 The twins shortly after they were born.
1
2
3

Aiden and Jayden Brown are just like any other mischievous and loving two-year-old boys. Their social and emotional development are on par, and they keep their parents active by chasing them around the household daily. Whether its climbing the chairs or grilles, the Brown twins are always testing their limits.

At first or even second glance, it is hard to tell that these adorable brothers are visually impaired. Their mother, Nickeala Campbell, told THE STAR that her sons suffers from retinopathy of prematurity, which is a disease that affects immature vasculature in the eyes of premature babies. The 25-year-old said that she and her partner, Floyd, were surprised but excited when they discovered they were having twins.

"They were born via C section at the Mandeville Regional Hospital. I was a high risk patient because of my elevated blood pressure, but other than that, my pregnancy was normal until I reached seven months and I was admitted at the hospital," she said.

Weeks after they were born, Campbell said that she returned to the doctor for a check-up, and the paediatrician had told her that Jayden was developing properly. She, however, told the doctor that she was a bit concerned about his brother, stating that his eyes were not focusing properly.

"Jayden had a lot of light perception, but I realised that Aiden didn't. The doctors did a series of eye tests and told me that Aiden's retina had pushed its way to the front of his eyes. They didn't immediately diagnose his condition. It was later discovered that they both had similar conditions, and their father and I just started to cry," she said.

Campbell said that they sought assistance from other medical facilities, and it was later discovered that both children could detect lights but could not see.

"The hospital told us that they were totally blind, and there was nothing that could be done basically, so we asked for a referral. We were told that an operation may be risky, but probably they may be able to see in the future with the assistance of test glasses," she said

The beaming mother stated that they have nothing but undying love for their children, who, she says, continue to live an extraordinary life. She said that Aiden is extremely independent and is attached to his father, while Jayden is a 'mommy's boy'.

"At this stage, they don't know that they are different from other children because we ensure that they live a normal life. We choose the type of children they go around though, because we don't want them to be bullied. I want them to believe that they see things that everyone else sees," she said, noting that her boys will begin classes at the Salvation Army School for the Blind and Visually Impaired in September.

Based on her experiences, Campbell also offers words of encouragement to other parents whose children suffer from a disability through a Facebook page called Meet The Browns. She also shares daily updates of the twins via the page.

"My sons have taught me patience. They made me understand that not because they do things differently does that mean that they are not going to get it done. They are very persistent. We already let them know that it's OK to fall as long as they get up back," she said.

"I watch them sleep at nights, and I cry to myself, not because I feel sorry for them, but because I love them so much because they have the sweetest souls and I see greatness in them," she added.