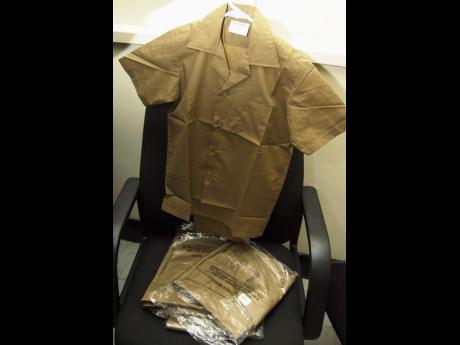 Today, as Kim White's* two children start the new school term, she is breathing a sigh of relief. The 29-year old woman was forced to shop twice for her children as their school items were stolen in downtown Kingston a couple weeks ago.

While she has managed to purchase their school supplies for a second time, she is still upset how the thief walked away with close to $30,000 worth of items.

"Mi save mi money over the summer and just say me a go make one buy and get everything. Is the money I had put down to buy the rest of his book I had to use [more items]. In addition to that, I had to put in a lot of overtime at work to ensure say me kids go back out in fine style. Me don't know what the devil did a try, but me pickney dem never did a go stay home September morning," she said.

White explained that the incident occurred when she stopped at a store to purchase a pair of school shoes for her son some weeks ago. Placing the bag on the store counter, the woman said that she bent down for a less than three minutes to fit the shoes on her son when her bags went missing.

The woman said that she rubbished the thought of someone stealing her bags, as she believed that it was taken up by accident. However, all hopes of getting back her goods were shattered when other persons in the stores said that they saw a man taking up the bags.

"Some people see when him move with the bag, but them say dem think a me and him come in the store. At first me never know say it was him because a next woman did stand up beside me with a lot of bags, and me even beg her to look in her bags to see if mine was mixed up with hers but it wasn't. Me even wonder if both a them a work because when me see in her bag a bare paper she have in it, and me a wonder why she would be walking around with several bags full of waste paper," she said

After asking the store manager to check their camera footage, White said that she immediately recognised the thief who she even had a short conversation with her a few minutes earlier.

"It look like him a watch me and the kids long time, because when I was fitting my son shoes he came and said: "Yeah man, mommy, da one deh fit and look good and look neat pon him foot'," she said.

White said that the remainder of the day was a daze for her because she was still in shock.

"One time teef used to rob money, but now they are taking away scandal bags filled with lotion, school uniforms, deodorants, shoes and other items. He probably sold them for little to nothing, but my God is a good God. Thankfully my children are going to go to school," she said.

She told THE STAR that she has brushed the incident behind her, but noted that it has taught her to be more aware of her surroundings.

"He tried to rob my children of their education, and that is so wrong. This is lesson to myself, though," she said.