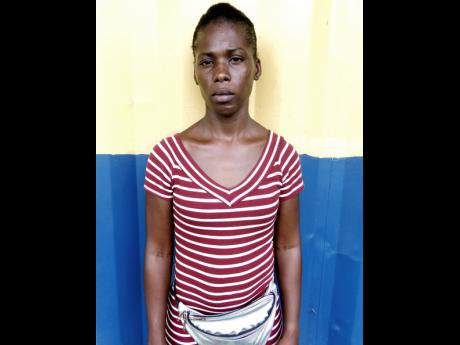 Ten years ago, Kadean Scott was looking forward to playing netball at the national level when misfortune struck.

She was crossing the road when the driver of a car overtook the vehicle that had stopped to allow her to cross. She was hit down and severely injured.

"He didn't stop and no one was able to get his licence plate number. Since then, I was left to deal with everything," she told the THE STAR.

Scott, who has four children, ages 15, 13, 10 and six, said that shortly after the accident she started experiencing pains in her hip.

She kept visiting the local clinic and got all kinds of painkillers. In January of this year, she said the pain got unbearable and a friend assisted her to see a private doctor.

She was told to do an X-ray, and that was when the extent of her injuries were revealed.

Following the X-ray, Scott was referred to a specialist at the University Hospital of the West Indies, where she was told that she needed to do hip-replacement surgery.

Scott, who currently works as a bartender, said that it is not her dream job, but she is willing to do whatever it takes to care for her children.

When asked what's the alternative to surgery, Scott said it's not a case where she can forego it, as the doctors told her it's a must, as failure to do it can cost her her life.

"Right now, sometimes when I am walking, my foot gives way. On three occasions, while crossing the road, it happened and I barely escaped not being hit down by the vehicle," she said.

She is appealing for assistance to get the surgery out of the way, as she said she wants more than anything else to start living a normal life once more.