'Foreigner had a heart of gold' ... MoBay businessman laid to rest 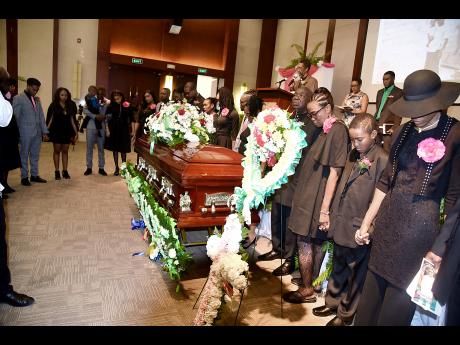 Family members gather around the casket bearing the remains of Richard Vernon Snr. 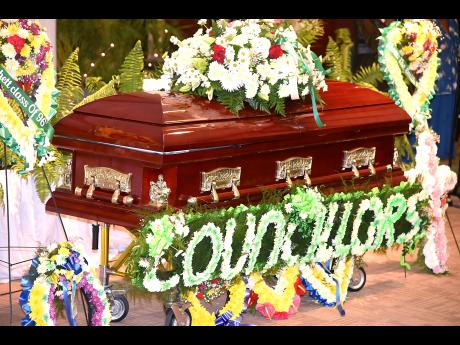 The casket bearing the remains of Richard Vernon Snr.
1
2

Hundreds of persons turned out at the Montego Bay Convention Centre to celebrate the life of popular businessman Richard Anthony Vernon, more popularly known as 'Foreigner', who died on Sunday, August 26, at the age of 55.

Foreigner was instrumental in the establishment of several business and humanitarian initiatives in the Second City over the years. He died leaving his wife, Yolanda, and five children.

An influential member of the Jamaica Labour Party (JLP) in St James, Foreigner's funeral was attended by several senior members of Government as well as the mayor of Montego Bay, Homer Davis.

His childhood friend Marcia Grant likened him to the biblical character Job.

"He suffered through his illness but he never gave up on his God," she said.

Dr Horace Chang, the member of parliament for North West St James, described him as a voice for the people.

Ed Bartlett, the MP for East Central St James, spoke of him as man with the determination to see his children maximise their true potential.

Bartlett said that he would celebrate every success of his eldest child, Richard Vernon Jr.

The younger Vernon is the councillor for the Montego Bay South division in the constituency of Central St James.

"It is expected that we should say good things about people when they die, but for Richard, he lived a good life," Bartlett declared. "He was a tough businessman, but he had a heart of gold."

Foreigner was also a philanthropist and was involved in numerous humanitarian projects, including back-to-school treats, support for his alma mater, Muschette High School in Trelawny, and religious groups.

To honour his legacy, the family will be launching the Richard Vernon Liberty Society, as well as the Foreigner Award of Excellence that will recognise students within the parish who excel academically.

Interment was at the family plot in Irwin Heights, St James.