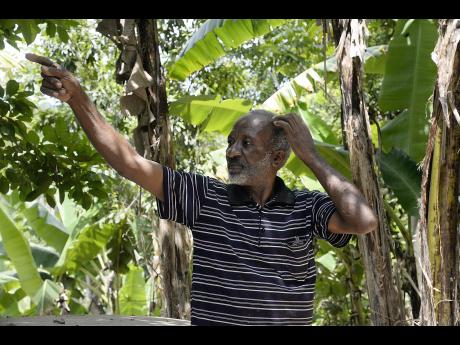 The community of Chapelton in Clarendon is known for its rich heritage. This mountainous town was once called 'Chapel Town' because the St Peter's Church was originally built there as a chapel for the parish church in the plains. Over time, the name was shortened to Chapelton, and the area now boasts a bust of Maroon leader Cudjoe.

Although the community is rich with cultural attractions, it is lacking in resources, according to resident Standford Robinson. The father of 10, who has been living in the community for more than three decades, said that he is imploring the Government to provide jobs, especially for the youth.

"We need a few factories in the district because there is not a lot of work opportunities here. Back in the days, there was a chocolate and ackee factory, but all of those are in the past now. All you see some a the youth dem a do is to dig out dem hand middle with weed," he said.

With the exception of larceny cases, Robinson said that the area is usually crime free. However, he believes things could take a turn for the worst if there isn't some change.

"There are too much promises. The politicians do a little much when they can, but that is just a drop or two in a very big bucket. They need to visit the area more often. It is impossible for them to sit in Gordon House and know what's going on in each constituency," he said.

Robinson told the CENTRAL STAR that while some of the youth turn to farming to earn an honest dollar, there are others who are looking for the easy way out. Robinson, who does woodwork for a living, said that he finds it challenging to introduce them to his trade.

"Them have potential, but they want quick money. Nuff a dem nuh wah learn nothing, and more time you just see dem just a breed up quick, and right now, the bag a pickney dem nah go nowhere. Me have 10 a dem, but me ensure say all a dem get a trade," he said.