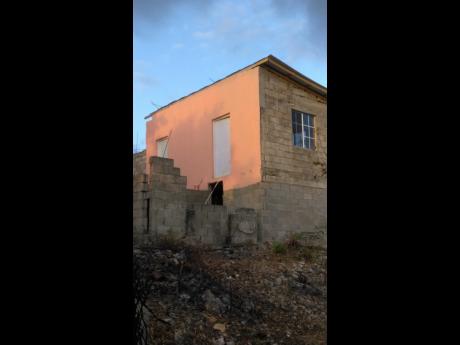 Shanice Joseph and her family moved into their new two-bedroom house in Effortville, Clarendon, on Christmas Eve.

It was the 'best Christmas ever' for Shanice Joseph and her family, who on Monday moved into their new two-bedroom house in Effortville, Clarendon. In addition to having a near, clean and sturdy place to call home, Joseph was also reunited with her children who were temporary placed in the care of relatives by the Child Protection and Family Services Agency (CPFSA).

The James and Friends Organisation in Clarendon came to the attention of the family after its director Otis James found out that they were living in sub-humane conditions.

"Mi feel well good when mi come home and see the house. Mi kids dem can watch TV and mi can comb up mi hair inna glass now. Mi can slide mi window and look outside and take breeze Mi just have to give God thanks and praise," Joseph said.

"Fi about 10 years, a the first mi enjoy mi Christmas so much. Mi children dem happy and that make mi happy bad," she added.

A delighted Joseph also told The STAR that she also prepared a delicious meal for her family while adding that her children are basking with happiness.

Josephs' plight was highlighted in the CENTRAL STAR in November. The family of six, including four children, lived in a rundown shack that was on the verge of collapsing.

"Mi daughter dem glad. When dem see say dem get a bed for demself dem bum flick and jump in deh. Dem own bed weh dem can sleep inna alone. A the first dem have a Christmas and have one TV pon di wall. Mi thank everybody fi dem help," she said.

The family former shack was a haven for rats and other harmful pests head of the May Pen Hospital,

Dr Bradley Edwards,head of the May Pen hospital, said he is relived that Johnson and her family are out of the rat-infested house they once occupied.

"I feel really good to know that the children have reunited with their family and is in a much better dwelling than they were in before. Their new living conditions will help them to function better, emotionally. The threat to dengue fever and other disease is way way less now as the environment is cleaner now. We will continue to follow up and check in with the family. I am really happy that they are contented now," Dr Edwards said.