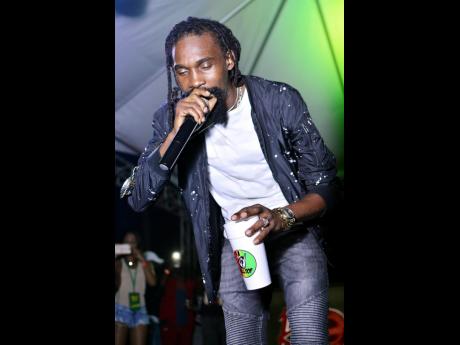 Senior Superintendent Calvin Allen, commanding officer of the Public Safety and Traffic Enforcement Branch of the Jamaica Constabulary Force, says a thorough investigation is under way to unearth the truth behind the Mandela Highway crash that killed Canadian native Tashana Cumbermack on the weekend.

However, there are conflicting accounts of the fatal crash from the police and the entertainer.

"A thorough investigation is now going, as we are still trying to find out the truth behind what transpired," Allen said.

The police's Corporate Communications Unit (CCU) reported that at approximately 5:50 a.m. last Saturday, the deejay was driving a Toyota Axio motor car that crashed into a Suzuki Vitara. The Vitara, in turn, hit a bus in which Cumbermack was travelling.

Following the police's account of the incident, Munga Honourable, whose given name is Damian Rhoden, along with his attorney Christopher Townsend, has rubbished the police's report, stating that a portion of it was fictitious.

The entertainer, who is recuperating at home, said that he was not the driver of the vehicle. He said that Cumbermack was actually in the back of the car sleeping. He also noted that she was not a passenger in the minibus as the police reported.