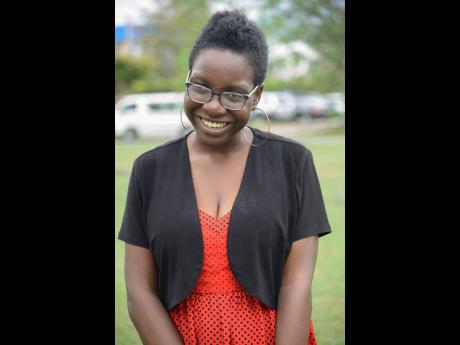 Jenise Reece is determined to change people’s perceptions about persons with disabilities. 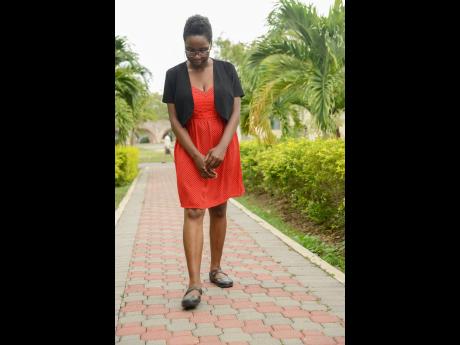 Reece admits sometimes she has trouble moving around campus. 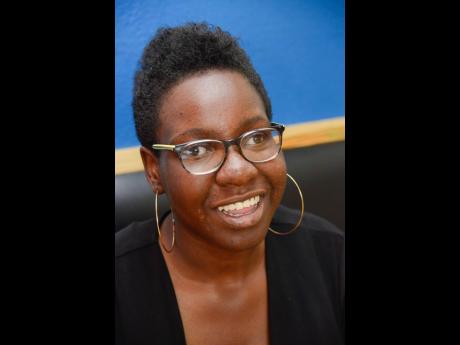 University of the West Indies student Jenise Reece is looking to complete her degree, despite living with cerebral palsy.
1
2
3

Reece walks very slowly, with a limp. Plus she has a slightly bent posture, and her hands constantly shake.

But the second-year integrated marketing communication (IMC) student is committed to rising above her disability.

But this is not without its challenges, Reece had to switch her major because of her disability.

"I used to edit YouTube videos and stuff so I wanted to do film. I actually got in to do film and IMC, but I had to end up choosing IMC, when I found that it would be awkward with me and the equipment because my hands are weak, and shaky," she said.

Additionally, she travels four times each week from her home in Gregory Park, St Catherine, taking two buses to get to her classes. And this has its own set of challenges.

"The other day I was walking towards a bus, and there was this crowd, and this guy was like: 'Hurry up and walk, hurry up and walk', before he saw that something was wrong with my foot. He sounded so threatening and annoyed. It's something that I experience a lot, people there rushing you, and then they realise that you're not able to move as fast as them," she said

And when she's on campus, Reece explains how sometimes she's limited as to where she can go.

"I have to ask for help, because some places are too steep, and sometimes if I'm not careful, I might lose my balance when I'm walking or standing; I feel like I'm falling forward. But when people just look at me, they think I'm just normal" she said.

And this is why she's determined to make a a difference. Reece told THE WEEKEND STAR that when she completes her degree, she wants to work to change how people react to persons with disabilities.

"I want to specialise in social marketing, specifically behavioural change. I want to change persons' behaviour and perceptions. I want to educate people about how they treat people with disabilities," she said.

For now, Reece said she keeps going because of the support she receives from her family and her friends. And despite her illness, she considers herself lucky.

"I have a very mild case of CP. I'm able to do most of those things, most persons who have it, they can't walk, and they can't talk," she said.