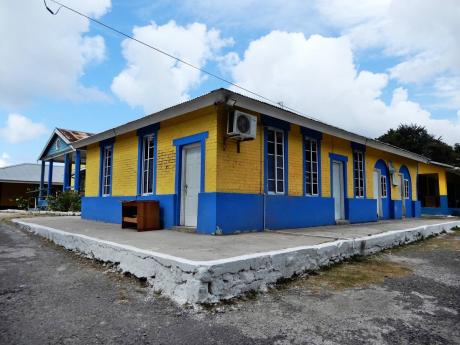 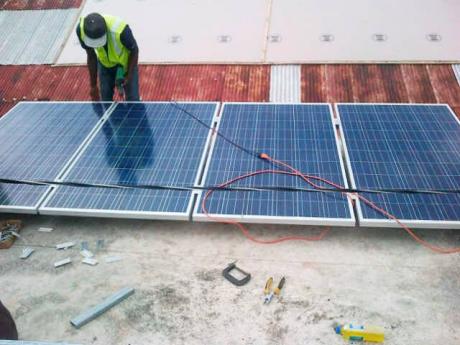 The solar panels being installed.
1
2

While the $4 million spent to refurbish the St Mary Infirmary from the 2013 National Labour Day Project is seen as value for money, several of the areas that got attention have since regressed.

The list of things done included reviving the vegetable plot, removal of asbestos from ceilings, the installation of solar water heaters, putting in solar panels to supply electricity to the female ward, and tiling of the dining/recreation area.

"Things that were done were done of necessity and I believe (we got) value for money," Mayor of Port Maria Richard Creary pointed out in an interview last week.

The dining/recreation area was built using more than $2 million raised from the Mayor's Charity Ball during the previous tenure of Creary, prior to 2013.

Tiled during the 2013 fix-up, the area remains a welcomed and much-used facility.

Not so the vegetable plot which began prior to 2013; it was revived then, but has since died again. When in operation, the plot provided a significant portion of the infirmary's vegetable needs and may be revived again, according to Creary.

"A gentleman who was employed there at the time, he would be given a little extra money and he would basically take care of the plot. That person, I believe, is no longer employed there, so perhaps that was the reason why when it was revived it didn't continue for much longer," said Creary.

"When it was working and working well, we used to reap a lot of stuff and it prevented us from having to buy a lot of vegetables, so it is something that is still needed and we need to look at perhaps reviving it again," he added.

The solar water heaters are non-functional and in need of repairs. As for the solar panels, indications are that they were never used.

"I don't know if they functioned in the past, which I doubt, but I know at present they are supposed to be having dialogue to see how we can sort out the whole matter. To do net billing, you have to do an application to the ministry, so that process is to be followed in order to have those panels working," he said.

Since 2013, a number of projects have been carried out at the infirmary, including last year when a walkway was built leading from the infirmary to the Port Maria Hospital, located on adjoining premises.

"Work at the infirmary is ongoing. The health department visits from time to time and makes recommendations, and we basically act upon those recommendations," Creary said.