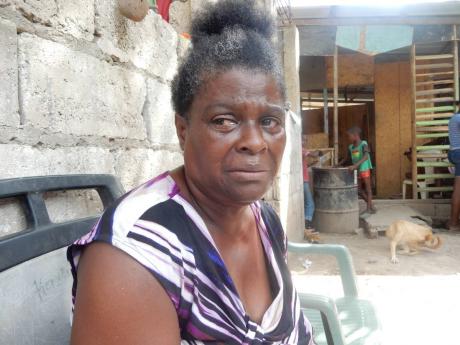 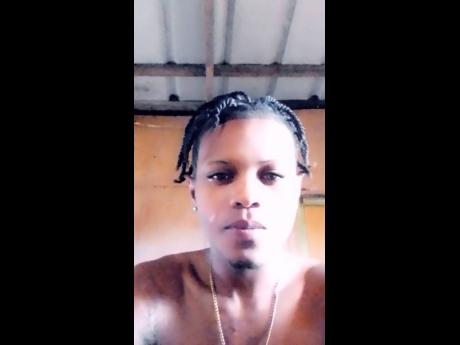 Vorena Whyte-Gordon was fast asleep in her Columbus Drive, New Haven home on Saturday night when she was awakened by shouts from outside.

Her 20-year-old son, Rushane Gordon, had been stabbed.

"Bout afta 11 or suh, mi not even know seh nothing a gwaan. When him get the stab dem, dem call mi, and when mi run go out deh mi see him a bleed," she said

Gordon's older brother Matthew Gordon, said they were outside their gate hanging out, when an argument developed between Gordon and their 41-year-old neighbour, Kevin Hinds.

"Wi out a road, siddung pan the drum, and from him (Hinds) come deh him just tek a set pan mi likkle bredda. Suh him (Gordon) get up from offa di drum, and walk come up to the gate, and the man walk come up in a him face and push him, and from deh suh mi nuh know weh happen," he said.

Gordon received stab wounds, and was taken to the Kingston Public Hospital where he was pronounced dead. But his mother believes that if quicker action was taken by the police and doctors, he could have been alive today.

"Mi couldn't get nothing fi carry him. All mi a scream and seh fi get a taxi, and the amount a taxi weh deh inna di area, and nobody fi help. All the police dem deh deh, and mi a beg dem fi carry him, and dem nuh carry him, suh him bleed out too much," she said "When dem carry him go in, nobody neva did a pay him no mind, so maybe if dem did give attention to him right away, maybe him wouldn't dead," she said

Hinds also received stab wounds, but his stepmother, Marie Hinds, told THE STAR, that he was in stable condition.

But Gordon's mother is unable to cope with the death of her son.

"Mi cya believe dem just tek mi son from mi suh, mi last likkle baby. Mi nah go see him again. Mi and him did go buy groceries inna di day and him seh to mi seh, 'mommy gimme $500 nuh? And mi gi him $500, and give him di something dem fi carry down and mi go town, and come back. A neva know seh a the last mi ago see him," she lamented

The police's Corporate Communications Unit said it is investigating the case to see whether or not the stabbing could be classified as murder.