Mourner puts Eddie on his head 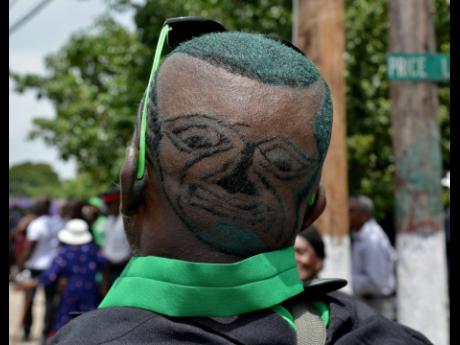 Everton Maitland is convinced that the image at the back of his head is that of Edward Seaga. 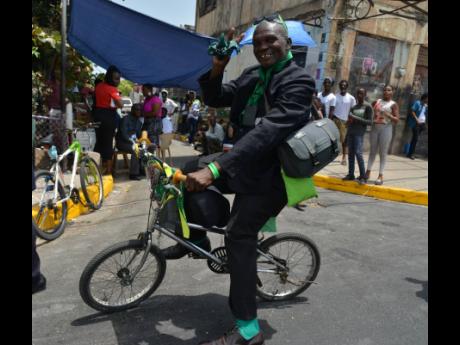 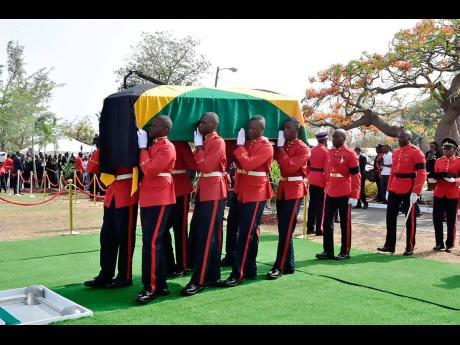 All eyes were directed to the design on the back of Everton Maitland's head when he joined the massive who turned out to pay their last respects to former Prime Minister Edward Seaga outside of the Holy Trinity Cathedral yesterday.

Although his hair design bare absolutely no resemblance to the former leader, Maitland insisted that it was the face of the man he called Papa Eddie.

"When him dead, mi feel it to mi heart, God know. That man will be forever in my heart, but for the funeral, mi just say mi a guh make the barber put him on mi head. People like it, and everywhere mi go, people big mi up for it," he said.

"Every year that man make mi happy like Santa Claus. That man look for me in every way mi can think of. Even when him sick, him always a ask if mi okay. Mi get shot inna mi two hands dem recently when Tivoli and Denham Town a war, and mi know a him make the war stop for about eight months. Him never get a chance to visit me in hospital, but him make sure say mi okay," he said.

He told The STAR that Seaga, who died on his 89th birthday, enterer politics to help uplift people.

"Him love the people dem and that obvious in 2010 [during a massive security operation in west Kingston that left more than 70 persons dead]. Mi see that man cry tears for the people of west Kingston. When nobody else never business with we, him was there peep-peep, cluck-cluck," Maitland said.

Similar sentiments were echoed by a mourner who stated that although he was a member of the opposing political party, he had to came out to pay his last respects.

""Mi is a PNP still, but for me, it's not about politics right now, it is about the greatness of this man. Him do a lot for the country. Mi nah bias. As a matter of fact, mi use to be a diehard JLP, but that was during his time. When my son did get stab up, mi did live in a PNP zone and that man drive come look for my child and him never business. How mi suppose to hate a man like that? Him live a full and well-deserving life. That man was a saviour to a lot of people," he said.

Following the ceremony inside the cathedral, Seaga's remains were laid to rest at the National Heroes Park.