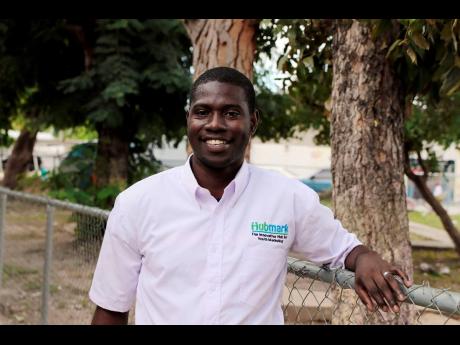 If you have ever been broke to the point where you can’t even afford lunch and you have ran out of people to ask for money, then you might be in luck.

“We’re like the friend you beg a money to buy a lunch sometimes,” he told THE STAR.

The difference is that this friend has some very specific terms and conditions. The company offers loans of $1,000 and over with a $50 dollar interest payment on the loan for every day it is outstanding.

“We try not to have the application process hectic. You can take pictures of the documents we need. What we require is identification, proof of address, enrolment proof for students and three references. Once you have a Gmail account, you log in, and the amount you want and the documents you submit are all on one link,” he said, adding that registration costs $200.

The University of the West Indies student said that Hubmark Money is a subsidiary of The Hubmark Company Limited of which he is the CEO. The company was formed by him and six other young entrepreneurs in March last year. He said some of those entrepreneurs, who have since left university, invested the funds needed for this new venture.

And just two months in, he said that the response has been positive.

“It’s been great so far. It’s still a pretty fresh and ‘weird’ idea. However, I am looking for more growth once the next semester starts in the August and September period,” he said.

And although the service is only being offered to university students, Salmon said that may change soon.

“The risk is going to be there, but we have taken steps and we see where it is working. We intend to branch off over into UTech (University of Technology), and eventually target the call centres as well,” he said.