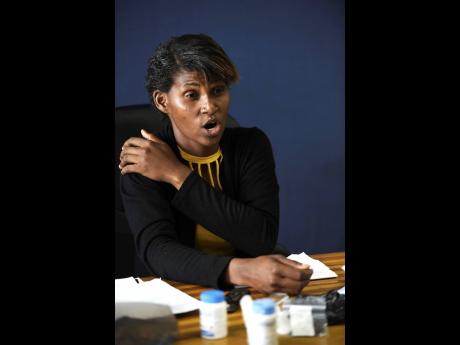 Kehrata Simpson says she wants to take her twin boys out of State care. 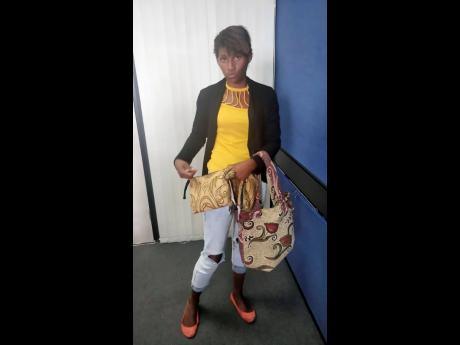 Kehrata Simpson shows off the bags that she has made. 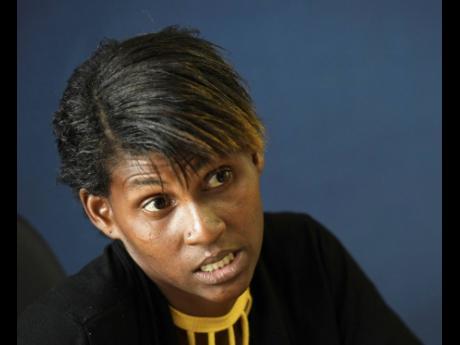 Kehrata Simpson does not want her kids to be given up for adoption.
1
2
3

A St Elizabeth mother, Kehrata Simpson, says she is increasing her drive to take her twin boys out of State care, and as a result is putting her sewing skills to use.

"I sew these bags from scratch with my hands. When I was in State care, they taught me how to do these things. All of my bags are under a $1,000. Right now, I would like a little help to buy a sewing machine so I can make some more because I would walk around and sell them so I can make enough money to take care of my family. I would do anything to have my children under the roof with me, but the system is giving me a fight," she said.

Simpson, a former ward of the State, had the children taken from her by the Child Protection and Family Services Agency (CPFSA) in 2016, after she was deemed unfit to provide and care for them. She was known to walk around her community with her children's feeding tin, begging money.

When she visited THE STAR recently, the 31-year-old was in the company of her eldest child, whom she said she was reunited with in December.

NOT A MAD PERSON

She is, however, furious with the State because her three-year-old twin sons have not been returned to her.

"I want all of my children with me. I am not a mad person because if I was mad, why would they give me back my big son? I have never once harmed any of my children. I love and miss them, and I don't want any of them to be given up for adoption. Mi still a go round and beg for them, but right now me a make and sell the bag them. Once dem around mi, mi must eat. If dem come in my hand today, dem a go school tomorrow. Mi big son a go school now, and him report good," she said.

Simpson said that she has been given medication for mental illness, but she believes she is fit to take care of her children.

"Every time I visit the children, no one is there supervising me. They usually say that visiting time is one hour, but a lot of times I am there for about five hours. If they thought I was a threat to any of those kids, why would they allow me to be in the room with them alone or even stay that long. My twins are still wearing pampers, and they can barely talk. They don't know what a book and pencil look like, but if they were with me, they would be going to school," she said.

Simpson's plight with housing and the difficulties she faced in taking care of her kids were first highlighted in THE STAR on April 18, 2016 in an article titled 'Begging with children's feeding tin'. She later obtained a Food for the Poor house in Carby district, St Elizabeth.

Persons wishing to assist Kehrata Simpson to purchase a sewing machine may contact her at 876-412-1982.