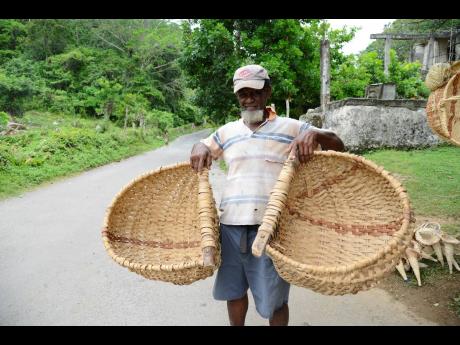 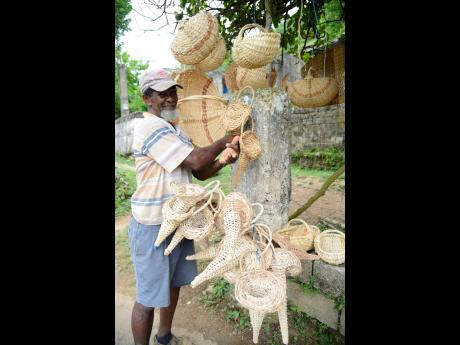 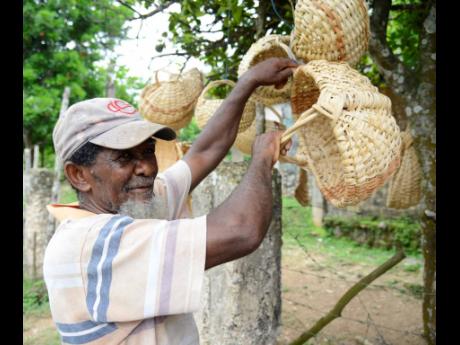 Seivewright Mails stands at his gate at his home in Alderton, St Ann, with an array of baskets on sale. He is hoping that one of the buses travelling with tourists to the Bob Marley burial ground in Nine Miles, or to other attractions in the parish, will stop and he might make a sale.

With their tinted windows rolled up, these buses tend to drive pass him, much to his disappointment.

"Dem nuh wah stop because dem claim seh dem a deal wid all-inclusive and if the driver dem even stop, dem might lose dem work too. It look like the all-inclusive ting just sabotage wi in the rural area," Mails told THE STAR.

The 70-year-old craftsman said he has been making and selling baskets for more than 30 years. But he said business has been very slow recently.

He said he has also taken his wares to the craft market in the resort town, but the business there isn't much better.

"I sell in the craft park in Ocho Rios, and more time when I go, it betta I did stay a my yard, because some who weh mi sell wholesale to, seh fi days dem not even sell nothing inna craft market, either," he said.

He said the practice of not allowing tourists to stop in various communities is denying the visitors of a true cultural experience, and robbing locals of potential income.

"If yuh have something to sell, dem should try to stop with the tourists so dem can see the culture of the people dem," Mails said.

"Dem a gwaan like seh the people dem weh live in certain areas a hooligans, that if dem was to stop the people dem would harass dem or something, so dem just wind up dem dark glasses and go through," he said.