No soap for beard in 20 years 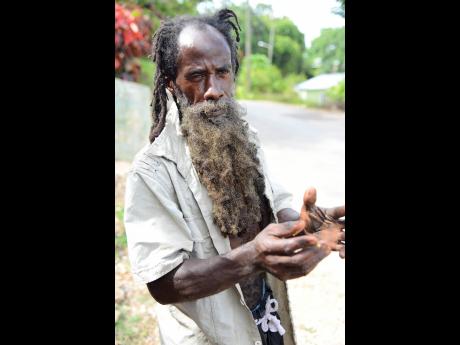 Ricky Greaves does not use soap to wash his beard. He relies on oils and lime to keep it clean. 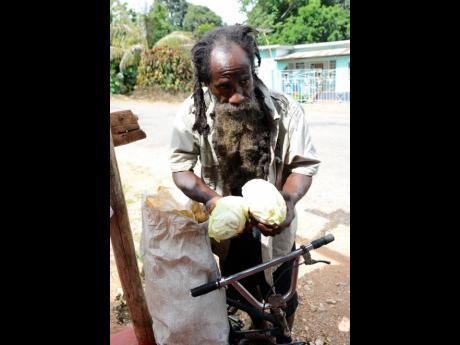 If Ricky Greaves has wrinkles on his face, they have been well disguised by his beard that he has been growing and carefully grooming for the past 20 years. He does not wash it with soap and he avoids going swimming.

"Mi just use oil regularly and wipe it. If mi use the soap and wata it mek the dirt clog up deh, instead yuh just use the oil and lime, it cut weh the impurities," he added.

This masterpiece of a beard is accentuated by matted locks of hair that fall around his small face. But don't assume, Greaves is not a Rastafarian. "I wouldn't say I'm a Rastafarian, but I acknowledge the Most High, I acknowledge Moses law," he said.

"Mi more than 100 per cent proud of my beard. I was a bald head before, I was a man who was teaching Sunday school. I was also studying about the Mosaic law, and decide to make an extraordinary change," he told THE WEEKEND STAR.

Greaves is well-known in his community of Inverness, St Ann. Residents said he has a brilliant mind and destined for greatness.

"I went to Aboukir High, it was Aboukir Institute at the time. Mi did chemistry, physics, biology, mathematics. After I moved on to study agricultural science at Knockalva Agriculture school," said the small farmer.

But when pressed as to why he has not achieved that greatness, Greaves, was mum. Instead he proudly told THE WEEKEND STAR that he now assists his brother in his farm, and spends the rest of his time grooming his beard.