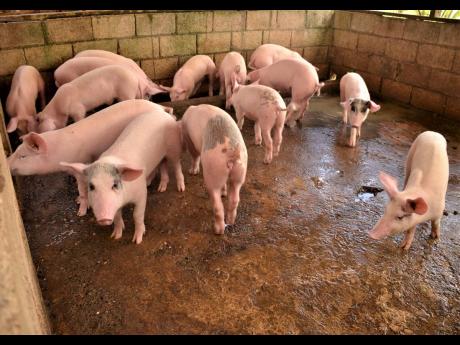 When piglets are born, they are given vitamins and their teeth and tails are cut. 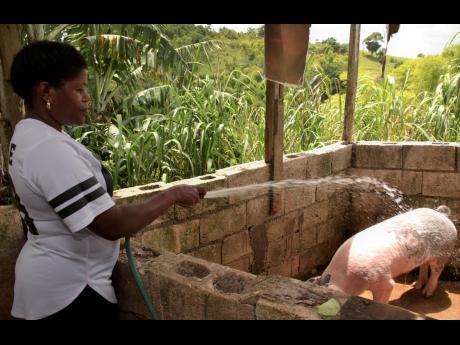 Andrea Lawrence left her job as a counter clerk and bought her first sow 15 years ago. 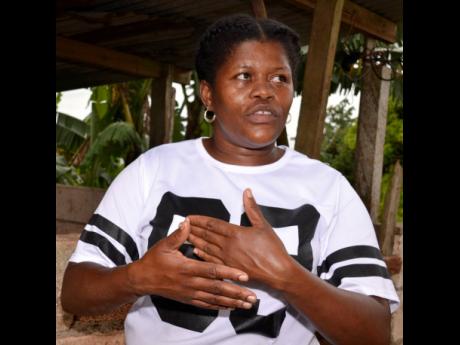 Andrea Lawrence has been nickamed ‘Hog Muma’ in her community of Bonnet, St Catherine. 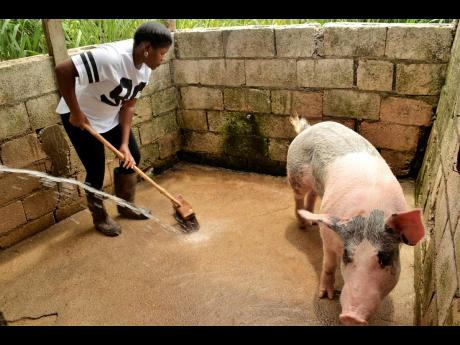 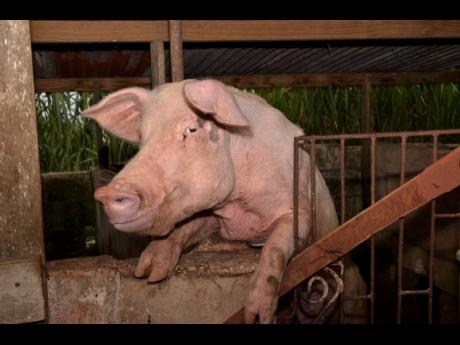 Raising her pigs is not a job Andrea Lawrence takes lightly. In fact, Lawrence told THE STAR that the same motherly love she used to raise her five children is the same love she extends to her 36 pigs. Her devotion to her pigs has not gone unnoticed as she's nickamed 'Hog Muma' in her community of Bonnet, St Catherine.

When THE STAR visited her farm recently, the pigs screamed in delight, much like children, when they heard her approaching. Lawrence explained that this happens all the time.

"From mi reach a di bottom a di hill dem just start mek noise, all when nobody nuh hear dem from day, once mi drive up, dem know seh a mi come," she said.

"This is what I do every day; I come wash them, feed them," she said.

She also ensures she is around when her sow is delivering any new addition to the family.

"I know the timing; they take three months, three weeks, three days. Once I put them to the boar, I know when they are going to go into labour, so I keep an eye on them. I love it when they go into labour. I'm actual here to help them with the process, because I don't want to lose any," she said.

"When they born I give them a shot of iron, I cut their teeth, I cut their tail. When they are young they're fascinated by each others tail, and they tend to go and bite it, and they get a sickness from it. And when you cut the teeth, the mother gives them better feed, because their teeth very sharp otherwise," she said.

This connection she now has with her pigs started 15 years ago when she left her job as a counter clerk and bought her first sow.

This has now grown to a very lucrative business.

"When I started it was just one pen, and one drum. Now I have 11 pens and five drums. I supply pork to Walkerswood in St Ann, and a wholesale in Kingston," she said.

Noting that she does not employ anyone to help her with her pigs, Lawrence said people are always impressed that she's a woman doing all this work. "Dem always excited 'bout that, especially when I go into Kingston, dem always excited: 'Andrea, a yuh do all of this?' Everybody just marvel, especially because they know how much work I over here doing," she said.

But raising these pigs is not without it's challenges. Lawrence said that there are times when her pigs are ready to be butchered, but there is no ready market for them. And because of this, she suffers losses.

"One pig is supposed to eat nine bags of feeding - six weeks to six months. But sometime you're ready and yuh still nuh get the market and you have to continue feeding them, so you start losing there so," she said.

But nontheless, she is committed to growing as a pig farmer, especially because of the independence it gives her.

"I can't manage all of the tedious work with crop farming, I'd have to pay somebody to do all of that. I just come here and wash the pen dem miself, feed dem miself, as long it's four bags of feeding, if a taxi drops it out the road, I can bring it up," she said.