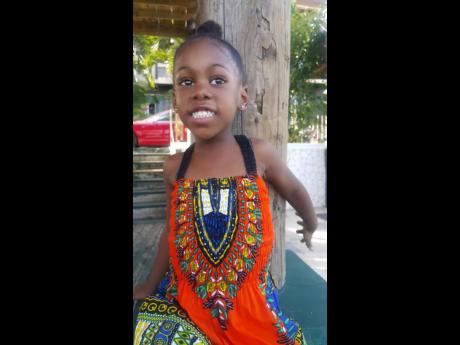 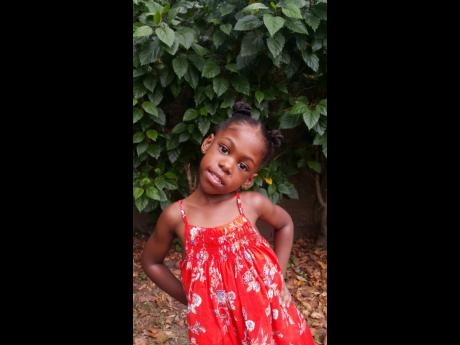 Shaneel Simpson had just finished making dinner and was playing with her three-year-old daughter, Nyla Simpson, when she noticed a bulge on her side.

"We were relaxing at home after she ate, we were playing and I felt something hard on her side. It felt like a hard ball and that was something that we never spotted, not during bath, nothing at all," she said.

"I was really concerned about it so I took a photo of it and sent it to my stepsister, who is a doctor, and she was also concerned. She suggested that I do the soonest ultrasound so we could find out what it was," she added.

After that ultrasound and further tests and examinations were done, the bulge was diagnosed as a stage four Wilms' tumour. This is the most common type of kidney cancer seen in children.

"She was not sickly at all, just regular common cold, flu. There were no symptoms, some of them would be vomiting, diarrhoea, fever, and none of that actually happened with her during the last three to four weeks or so (before she found the bulge)," said Simpson.

Simpson told THE STAR that her daughter had surgery done to remove the tumour a week ago. But she said although the family managed to put together the more than J$300,000 needed for the surgery, they are unable to fund the chemotherapy.

"She is going to have to go through some chemo treatment and radiology to get rid of the cells. Based on the conversations with the oncologist, she had mentioned that it would roughly be a million dollars because she'd have to go through chemo for possibly a year," she said.

Simpson said that the family is planning on making a clinic appointment that would lead up to the start of the chemo.

"We're just waiting to hear when it's going to start. In the meantime, we have to try and gather some monies as well to purchase the medication to start the chemo," she said.

Anyone willing to help Nyla's fight against cancer can donate to her GoFundMe account https://www.gofundme.com/f/NylaWins