MoBay youth overcomes violence to excel in CSEC and CAPE 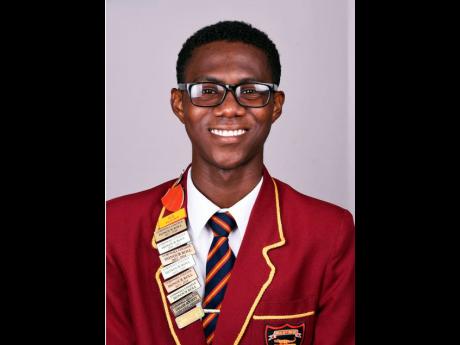 "I remember having to have to hurry up and take cover due to a barrage of bullets being fired at night sometimes. I had to jump off the bed one night and lie on the floor beside my mother, father and grandmother, to avoid the gunshots."

This was the reality of 18-year-old Rashuan Stewart growing up in Mount Salem, St James. And though there were many nights when he couldn't study because of the crime in the community, he took full advantage of the nights he could. Those nights paid off, because now he is basking in the success of his Caribbean Advanced Proficiency Examination (CAPE) results.

Stewart attained six subjects in the unit two of the exams. "I got five ones and one grade three. I got grade ones in biology, chemistry, Caribbean studies, physics, integrated mathematics, and a grade three in pure mathematics," he told THE STAR.

Before this he had achieved 11 Caribbean Secondary Education Certificate (CSEC) with grade ones, and then moved on to attain six subjects at CAPE unit one.

Now, the Cornwall College past student has hopes of studying medicine at The University of the West Indies (UWI), but lacks the funds to do so.

"The tuition fee is around $4 million at present exchange rate, and that does not include the costs affiliated - because I'd have to move on hall since I'm moving from MoBay to Kingston - the miscellaneous fees, cost for food and that sort of thing," he said.

Stewart said he has since applied to the UWI and is awaiting an acceptance letter.

In the meantime, he has been seeking sponsorship and applying for scholarships.

"So even though there's scholarships out there that would cover significant portions of the cost and offset financial burdens, I still need some more assistance to cover the costs that are affiliated," he said.

Stewart said he was able to complete high school through a scholarship from the Jamaica Awareness Association of California, a group committed to giving back and helping the underserved in Jamaica and the US.

While in high school, Stewart was actively involved in a range of extracurricular activities. He also served as head boy last school year, and was junior mayor of Montego for 2016-2017.

He said he plans to be just as involved when he enters university, and when he completes his degree, he wants to give back to Mount Salem.

"I want to come back and work at the Cornwall Regional Hospital. I want to seek and uplift others who are in a similar position as I am in now, who are unable to actualise their dreams due to the glass ceiling that is funding," he said.

Stewart said that community members would be ecstatic to know that he has attained funding to achieve his tertiary-level aspirations.

"They've always been supportive of my endeavours, and they believe that in engaging the level of representation that I have, by the grace of Jehovah, everything has been bringing pride and a level of recognition, and shining a positive light on the Mount Salem community," he said.