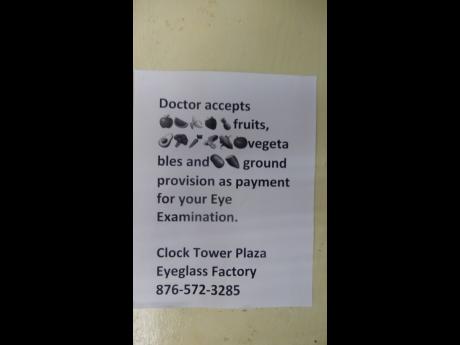 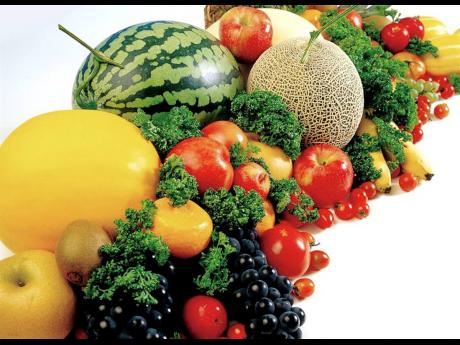 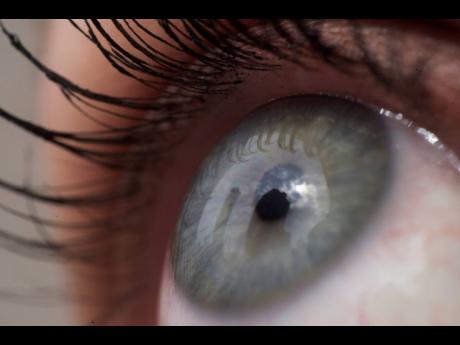 Mangoes, pears, and even corn are just some of the food items that patients who visit an eye clinic in Half-Way Tree use to pay for their eye examinations.

And while some may view this as unconventional, the doctor who sees these patients believes it a way of offering patients a wider payment option.

She added: "I don't think anything is wrong, but I don't want to seem like I'm making fun of the profession, because it's a serious profession."

The doctor said she got the inspiration from her patients, who always bring her fruits regardless as a token.

"I brought home some, and my mother made a joke saying we should put up a sign saying that they can pay with fruits. And I kept it in my mind because I thought it would be a good idea," she said.

After putting up the sign for the past two months, she said the reception has been good.

"They come and they ask about it, and they will tell me they're coming back with the fruits. I get fruits, but they don't come and say 'Doc I'm paying with the fruits'. They bring the fruits to me and then I just test them for free," she said.

She said otherwise, the eye examination would cost $3,900.

Admitting that the value of the fruits may sometimes be less than the actual cost of the eye examination, she said this is done through her own goodwill.

"We don't really calculate it. They just use their discretion if they are not able to afford it. I just want them to be able to test their eyes," she said.

And although many of the patients who bring food items come from the countryside, she said this initiative was geared towards fruit vendors.

"We have a lot of fruit people downstairs and I just thought at the end of the day you usually have stock that you don't need. Instead of throwing it away, they could put it towards an eye exam," she said.

"I thought maybe if people in the market heard as well, whatever stock they have left over, they could put it towards an eye exam. Or if you have a fruit tree in your backyard, then you could pick come fruits and put it towards your eye exam," she added, admitting that she usually eats the fruits she carries home.