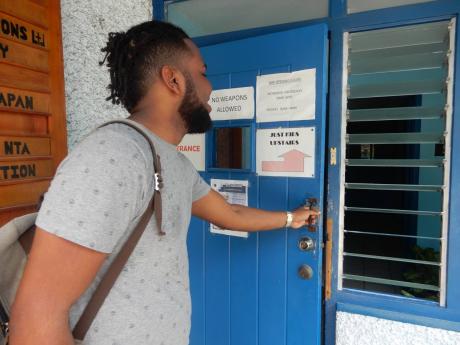 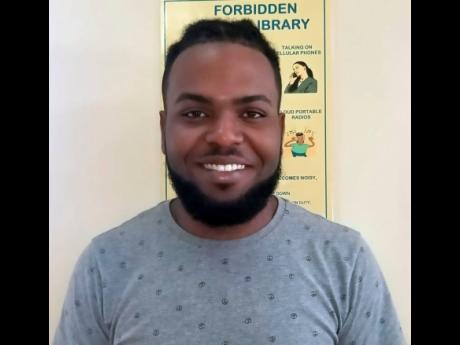 T afar-I Williams is determined to break the stereotypes associated with anyone who hails from an inner-city community.

"When people see Grants Pen on my application, they tend to ask how it is that someone from Grants Pen is achieving these miles in life? Travelling overseas and going to different communities, I have been stereotyped against ... my name is Tafar-I and that alone is a stereotype ... persons expect me to be a Rastafarian," he said.

Williams, 22, told THE STAR that one way in which he defies the 'ghetto' stereotypes is by being a leader.

He believes that leadership is something that comes naturally and must be developed based on experiences. His leadership qualities arguably first emerged in high school.

In the 2013-2014 school year, Williams was chosen among other grade 11 students at Calabar High School to act as 'junior prefects'.

The following year, he decided to run for student council president and was victorious. He was then appointed head boy for the 2015-2016 school year.

Also, unlike some youth from the inner-city, he had a solid family foundation.

"I certainly did not grow up in a rich household, but I grew up in a household that knew how to invest. My parents, Reggie and Mitsie Williams, invested in education," he said. "A lot of persons who are in the community develop an attitude of being lackadaisical simply because they are comfortable."

Williams completed high school in 2016 and enrolled at the University of the West Indies (UWI), where he majored in international relations, with a minor in French.

While studying, he applied to travel overseas as an exchange student.

Shortly after, he was awarded the opportunity to study at Sciences Po Bordeaux university in France and I'Universite des Antilles in Martinique, studying international cooperation.

"I am aware of the negative perception of inner-city communities and that perception starts within the communities to my belief," he said. "We are placed in this situation to make the best of our circumstances."

He is currently the director at Dream Jamaica, a college preparation programme.

"When I just started Dream Jamaica, I considered myself an introvert and I had issues with speaking because I naturally stammer," he explained.

By 2025, Williams sees himself owning and operating a multinational organisation, with branches in Jamaica, the US, and France.