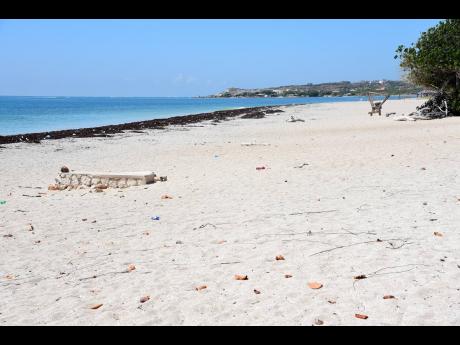 A section of the beach. 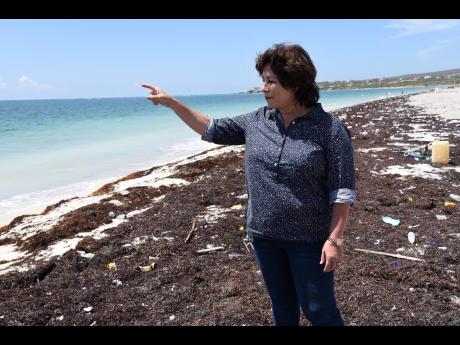 Laura Heron, general manager of Guardsman Hospitality Limited, outlines some of the plans for the revamped Fort Clarence Beach. 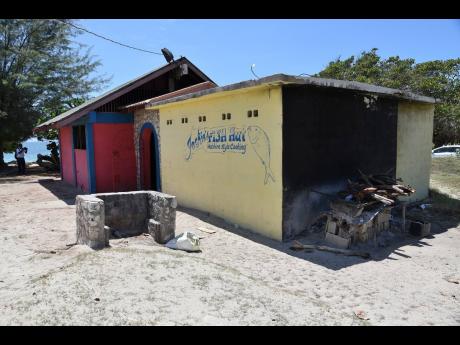 Two of the food establishments that have since been closed.
1
2
3

V endors who operated on the Fort Clarence beach in Portmore, St Catherine, are furious that there has been no formal consultation with them regarding their future.

The Urban Development Corporation (UDC) has leased the beach to Guardsman Hospitality Limited for 25 years.

Guardsman recently announced a five-year phased development of the beach, which has has been closed since September 1.

But Nicole Reid Samules, a vendor who has operated Pianna's Fish Hut on the property for the past 14 years, says while she welcomes the development, she is concerned about the future of her only source of income, as she is currently without an alternative.

"I am happy about the development, and I hope to be there during all those good times. But right now I feel like I'm left in the dark because nobody hasn't come and say anything to me and the other concessionaires, and I have dependents," she said.

Another vendor, Andre Smith, who has been operating a restaurant on the property for 13 years, told THE STAR that he too feels neglected.

"It's just through the media we hear things. Nobody has come to us and say anything at all to us. Mi think seh if a even the UDC should have done better," he said.

Vendors on the property

Meanwhile, Laura Heron, general manager at the Guardsman Hospitality, while on a tour of the beach yesterday, told journalists that the company did not know initially that there were vendors on the property.

"We're aware that there are currently three vendors here by way of the food facilities, and one of them has communicated with me, a second one indirectly," she said.

While noting that the structures formally operated by these vendors will be demolished, Heron said there would be an opportunity for the vendors to remain on the beach.

"What we're doing is we're putting together a sort of a tender document with the criteria (for remaining). So they're very welcome to put in a proposal for the operation of these facilities, because we don't plan to be operating them ourselves. And so the general public is free to put in a proposal, and may the best person win," she said. "We haven't taken it away. I think what has to be recognised is that everything now comes at a cost, and if you're going to maintain an area like this effectively, it costs."