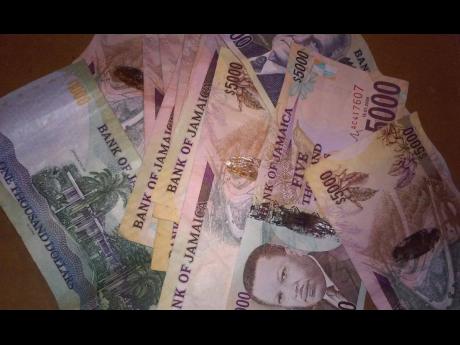 In recent times, women have been demanding equality, whether in the workplace or society at large.

However, some men believe that women forget about equality when it's time to pay the bill on a date.

Shemar Shand told THE WEEKEND STAR that it wouldn't hurt if women decided to pay every now and then.

"I don't think they should pay for themselves on every single date, but they can start paying a little more nowadays, cause they are screaming for equality on all fronts. In Jamaica though, if she starts paying for meals regularly, best believe she's going to start treating you less than."

Shand says girls do expect him to pay on a date regardless of whether they are both students.

"They may not say it out loud, but their body language is always telling of the fact," he said. "I don't have a problem with that ... I think it was how I was grown, to always be a provider. Apart from being cultured like that though, I've been in situations where females have paid the bill and it was quite refreshing. A little emasculating, but quite refreshing."

He said that if he invites a girl out on a date, he assumes that he'll be taking care of the bill.

"In the reverse, it's kinda tricky because some women, even after inviting you out, still expect you to take care of the bill. I do believe birthdays are an exception though. I'm not paying for my meal on my birthday," he said.

Obrian Lamoth says being required to pay can sometimes be hectic.

"I have a problem with it sometimes, depending on the situation," he said. "If you're trying to impress a girl or go out of your way to ask her out, I guess it would be appropriate to carry the burden. But if we are together and decide to go out, I feel the cost should be shared."

Jevaughn Johnson says it depends on the type of woman and her personality.

"I don't have a problem with paying, because I still believe that even though there is equality, as men, we are still the breadwinners," he said. "I would definitely allow a girl to pay for my meal at a restaurant. Suppose she's carrying me out for my birthday? She's carrying me out so yea, pay for the meal."

Romario Burke believes society has programmed females into believing that a man should cater to them at all times.

"If you a mi woman and mi spend money pon yuh, you better spend money pon me," he said. Gender specialist Indi McLymont-Lafayette said that she believes in equality between the sexes.

"And if both persons in a relationship are getting equal or similar salaries, I don't see why the bill shouldn't also be equally divided," she said. "That would be equal, fair and that would be gender equity. There's no discrimination based on sex. I would support that. That is if the salary is close."