Dorothy Austin celebrates 100 not out! 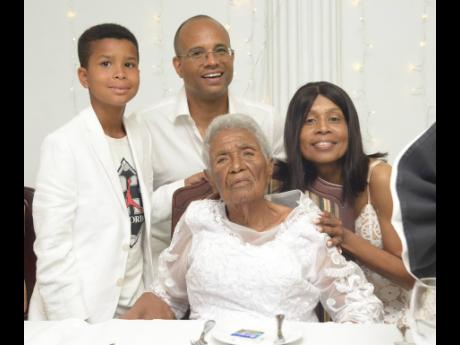 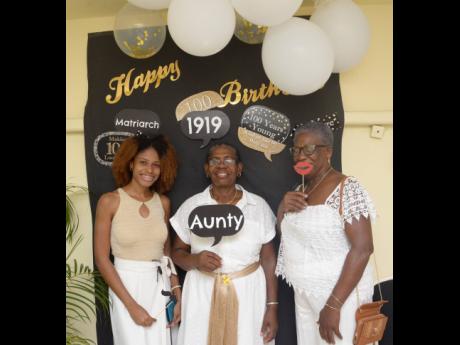 From left: Jamie Gibbs-Walters (great-grand niece), Cherry Mussington (niece) and Evelyn Palmer (niece) of centenarian Dorothy Austin pose for a photo ahead of birthday celebrations at the Medallion Hall Hotel. 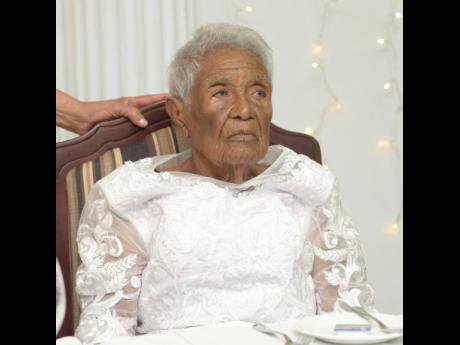 Dorothy ‘Hadassah’ celebrated her 100th birthday with family and friends at the Medallion Hall Hotel in Kingston on Saturday.
1
2
3

One would not believe that Dorothy Austin was a 100 years old, as she walked with very little assistance into a room at the Medallion Hall Hotel on Saturday night. Elegantly dressed in gold and white, the centenarian was the centre of attention as dozens of her family members gathered to celebrate her birthday.

Describing her aunt as a loving and dedicated human being, Emily Gibbs-Walters told THE STAR that, to this day, Austin still has her family's best interest at heart and implores them to stick together. The mother of five was born in Stewart Town, Trelawny, on September 13, 1919, but moved to Kingston when she was a teenager. She is the only surviving child for her parents, who had 15 children.

"When I was a little girl, she would usually return to visit us in the country and take back a lot of goodies for us ... things that other children in the country were not familiar with. She was self-employed and use to sell detergents, among other things. My aunt is a family person, so whenever she comes down, she and her brother would find their other siblings and just try to catch up as much as possible," Gibbs-Walters said.

"She really loves her family. She could only manage to visit us like once every three months, but I can remember that on a particular day on each month we could go to the post office and pick up that registered slip, because she would make sure she send the money to take care of her mother," she added.

Austin is the proud grandmother of 10 grandchildren and multiple great and great-great-grand children. As she sat with her four remaining children around the main table, she didn't appear much older than her daughters, who all showered her with adoration. Her eldest daughter, Norma Lake, while sharing some of her best memories of her mother, also stated how excellent her mother's memory was.

"She never forgets a face, and she could look at any of her 'generation' and tell whose son or daughter it is. She encourages us to keep our head up and trust in God in everything that we do. She is really a blessed woman. She isn't one for all the excitement or anything. She just loves her family," she said.