Woman bullied because of her hair 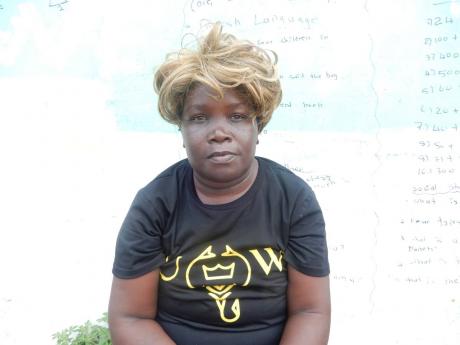 Stewart was gifted a wig, and there are plans to get her a makeover. 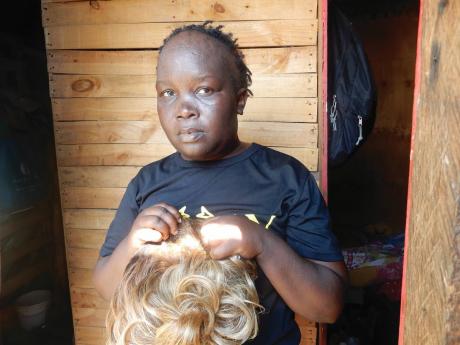 Stewart shows her scalp which she says has been affected by a condition since she was a child.
1
2

C arlene Stewart has been bullied for almost her entire life because of her hair.

Stewart told THE STAR that since she was a child, she has suffered from alopecia areata, a disease which causes hair loss.

The constant teasing and bullying that comes from persons who see her hair is something she has had to endure.

“Mi get teased everytime, people from mi community, all bout,” she said. Stewart said the frequent bullying has seriously affected her self-esteem as a result.

But the teasing and bullying went to an even higher level recently, when the Gold Street, Kingston, resident was on her way to a funeral to pay her final respect to a fellow resident.

Stewart was travelling by bus to the funeral, when someone snatched her hat from her head, showing her patchy scalp.

It was then that the bullying began. In a video which has since surfaced on social media, the seemingly helpless Stewart is almost moved to tears, as female passengers gathered around her, laughing and removing her hat as she tried desperately to get it back.

“Dem just grab mi hat, because it was funny to dem, because mi hair neva look good. It was very bad, everybody a laugh, it was not a nice thing,” she said.

The 35-year-old single mother said she is currently unemployed and is unable to afford wigs to cover her head.

The incident happened almost three weeks ago, but the video surfaced on social media on the weekend.

Stewart admitted that although it had reopened the wounds, she is thankful for the help she has been getting since.

“Mi did feel so embarrassed and bad, but now I feel so happy, because people see me pan the video, and give me wigs. I get two wigs from (social media personality) Bully Beef, and mi get this shirt from another man,” she said.

That man was Andrew Clarke, founder of Now Trending Ja. He told THE STAR that he was disgusted when he saw the video, and wanted to help.

“Yuh have some people inna Jamaica weh love mek fun afta the weaker people in society, and what make it worst, a woman dem did a dweet to,” he said.

But there is a ray of hope for Stewart.

“Mi get a call from a salon to bring her come mek dem give her a makeover,” said Clarke.