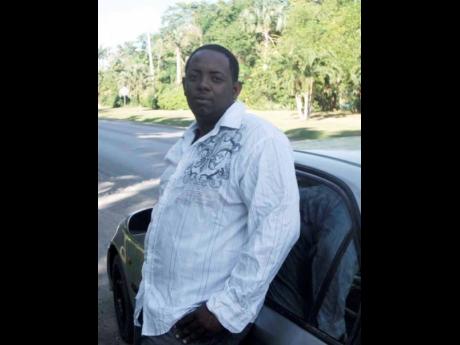 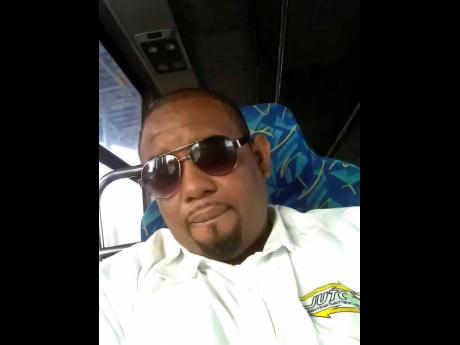 Donaldson was employed to the Jamaica Urban Transit Company (JUTC) as a bus driver, and was shot and killed on Oxford Road on Monday night.

His mother, Claudette Benjamin, told THE STAR that this is a sudden and devastating hit to the family.

"Shocked. Me shocked ... me neva expect dis. Not in a million years, me neva expect dis. Him father passed off recently. Him not even bury as yet. It's another blow fi di family," she said while tilting her head back and closing her eyes which were red with pain.

Overcome with emotions and unable to speak, Benjamin asked her sister Marva Donaldson Mitchell to step in.

"Right now, we have to wait on the investigation because there's a detective that's in charge, so we just going to wait until we have dialogue with him and then we move from there. We need answers as to what has happened, because this is like a shock to us and we're grieving," she said. "At this point in time, we don't know where we are going as yet from here. We just have to get the grieving process a little minimal then we can move on."

With a full house of Donaldson's family members, friends, JUTC coworkers and members from the Jamaica Constabulary Force (JCF), Mitchell says it is as if the family is stuck in a constant loop of pain and sadness.

"We just going through the motions. We can't really express how we feel right now because we're saddened. It's a shock, it's another blow that we are going through. We were still grieving over the loss of his father. So persons coming here and giving us their condolences, we just have to you know, take it step by step and move," she said, while leaning against the kitchen wall.

She described her nephew as a very quiet person who didn't talk much.

"Even if you direct a question to him, his response would be minimal. He's loved by most or everyone he comes across with. Even right now, the family at the JUTC, they're mourning the loss of somebody that they really really love," she said.

With teary eyes and deep breathing, she slowly defended his name.

"We're really grieving because we know that he's not somebody that is engaged in any gang affiliation or has anything to do with anybody of criminal elements. So we know that it's not of any gang related issue. Based on what we're hearing, it's a reprisal and we're just saddened that he was the one that really end up into this tragic death," she said.

Donaldson's girlfriend Nicole Brown could only say "Me frass. Me frass out,", with her eyes barely opened and her voice cracking.