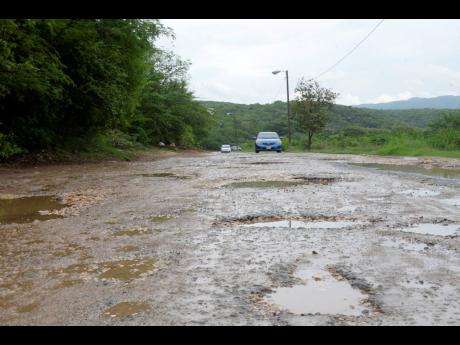 A section of the road leading to the National Police College. 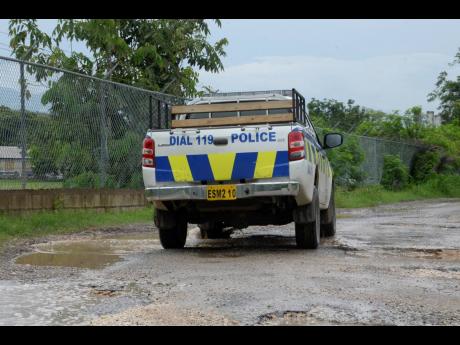 The road leading to the National Police College in Twickenham Park, St Catherine, has been a headache for the policemen and women there.

Police personnel, who spoke with THE STAR, said the deplorable condition of the road is hampering their state of public emergency (SOE) efforts.

"It's deplorable. We have to traverse by here every day going to the SOE operational base, and it is an additional stress. We have to drive the vehicle slowly. We have senior officers leaving from the SOE base to the entrance, and by the time you reach, it feel like you gone through the day's operations already," a policeman said.

"The road has been like this for years. We feel totally neglected here at the police college. There is no way you would find these kinds of roads at the JDF (Jamaica Defence Force) headquarters," he said.

Another lawman told THE STAR that the road is damaging his personal vehicle, as front ends especially are taking a beating.

"A weh day mi buy a new vehicle. It come down from Japan, and because a di road, when mi a drive it now, it start give problems already," he said.

Meanwhile, Sergeant Patrae Rowe, chairman of the Police Federation, said that his organisation has been lobbying for years to get the road fixed.

"We have been advocating for better roads at the college for some time now. And the resources we have got have been very diplomatic and bureaucratic, in that, the response has consistently been that the project has been put for tender. We have been getting this response for a year going to two years now from the government," he said.

He added: "Every single opportunity, we speak to the minister as a federation. We have reminded him that the roads are in such a bad condition that they need to be a priority. The minister has consistently assured us that the road will soon be fixed. It is very concerning that the minister's word is appearing to be without meaning," he said.