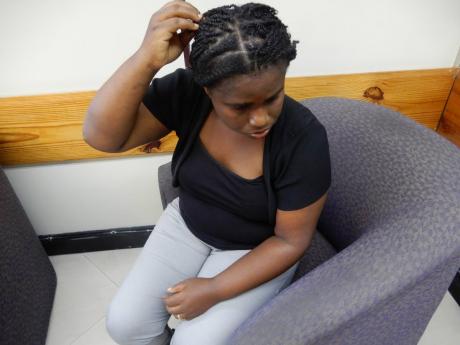 Arlene Drackett says it takes her days to finish combing her hair because of the tenderness of her scalp. 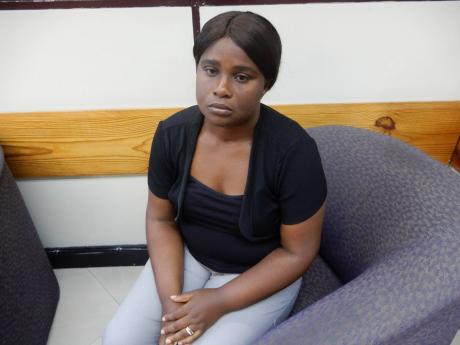 Arlene Drackett says she has to forget about fancy hairstyles. She now wears wigs almost ever day.
1
2

A St Catherine woman, Arlene Drackett, claims she has been battling a mysterious illness since using a hair-locking gel that she p urchased at a wholesale in Spanish Town two years ago. In addition to having dizzy spells, Drackett stated that she has also been experiencing sev ere headaches and scalp tenderness since September 2017 when she first applied it to her hair.

"When I began to use it, it smelled like roach spray but because I never used it before, I thought that was how it smelled. When I woke up the following morning, I started feeling dizzy and my scalp was burning me. I immediately washed my hair but nothing changed. I drank some sour-sop leaf tea but it didn't work either," she said.

Drackett said she sought medical assistance and was told by the doctor that she may have had an allergic reaction to the hair product and was given some medication, which did not ease the discomfort.

"I went to another doctor who suggested that I do an X-ray on my head and a blood test. The test revealed that I had a bacteria under my scalp, which was caused by the gel that I used. She (the doctor) told me that probably dust may have gotten in it while it was at the wholesale. I took that new set of medication but nothing worked. I went back to the wholesale but the Chinese man told me that they didn't make the product, they only sell them," she said.

Drackett said so far she has visited more than 20 doctors and spent little more than $100,000 on medical expenses, but has been unable to get relief. She said that in addition to the tenderness of her scalp, she has to endure severe headaches daily. She stated that one of the doctors told her that the constant pain may be due to a damaged nerve.

"I used to work as a caregiver for children and I had to quit my job because of the pain and discomfort. I have to now wear a wig because I can't comb my hair in any fancy styles. Only me alone can comb it and sometimes it takes days to finish twist it because I have to take breaks because of the pain. When I tried to find out where the product was made, the container only said USA, and nothing else, so now I am beginning to wonder if I was sold a fake product," she said.

Drackett said she has reported the matter to the Bureau of Standards, which took the product for testing. She is yet to get back the results.

"I want to know if there are any doctors out there who can help me because my scalp isn't getting any better. I am suffering every day and it is getting worse. It's rough on me bad...I have spent a lot trying to ease this pain. Right now even if a doctor waan cut off part of my scalp and test it to find out what is wrong, I am willing to do that," she said.