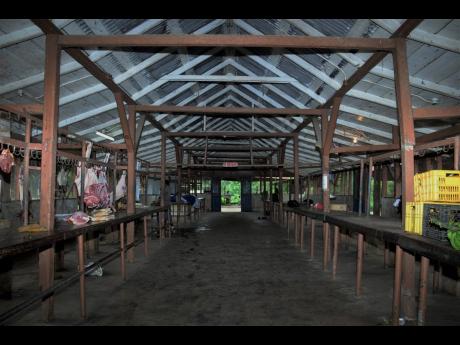 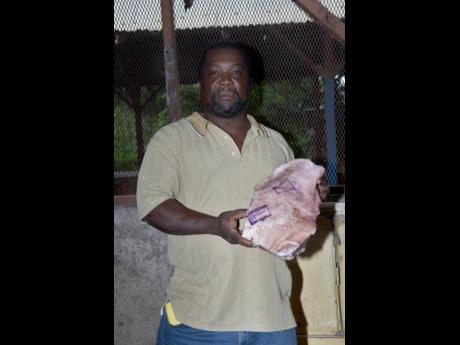 3. Alvin Campbell shows off a choice cut of meat. 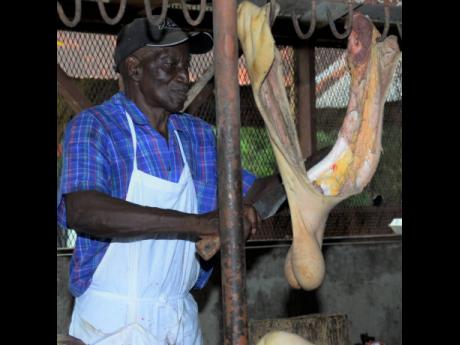 2. Vivian Siddon prepares meat for the few customers he says he still gets. 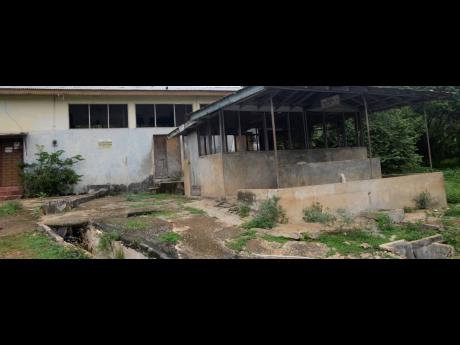 The slaughterhouse that was closed eight years ago.
1
2
3
4

Butchers at the Porus Market in Manchester say the closure of the slaughterhouse on the compound eight years ago has resulted in great loss of business for them.

Campbell said before the slaughterhouse closed, the market was always abuzz with activity.

"People from all over the island wudda come here come buy cause dem like the meat cause them clean and look appropriate," he said.

He said he has been a butcher at the market for 32 years, and the closure of the slaughterhouse has affected him badly.

"My likkle livelihood just a fade a go down the line too. I don't feel comfortable and mi wah know weh the bigger authority dem a go do fi upgrade back the place, duh mi can survive and the people dem around the hometown can survive and get dem good, clean meat," he said.

Campbell said he now has fewer customers, and more expenses, because he has to travel all the way to Christiana to slaughter his animals.

Meanwhile, Vivian Siddon, a vendor, said that he has also been losing because of the slaughterhouse's closure. "Wi a feel it. Now mi haffi a pay all $1,000 fi butcher wah cow," he said.

However, Donovan Anthony Mitchell, mayor of Mandeville, said the slaughterhouse may never be reopened.

"The market itself has not been performing at its optimum; it's less than 20 per cent of those who used to go there go there now. There are private slaughter places. If you have to do slaughtering, it has to be at a certain standard," he said.