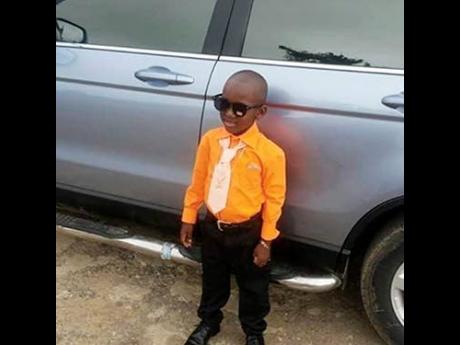 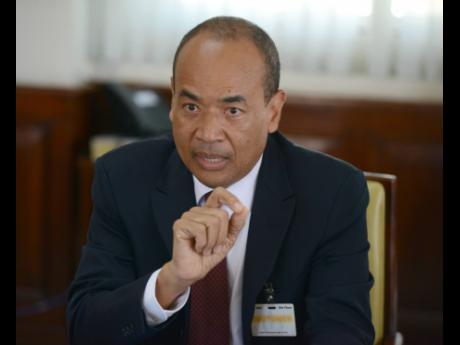 Sodian West is blaming the Percy Junor Hospital in Spaldings, Manchester, for the death of her nine-year-old son, Jabarry Palmer. West said that her boy died on Monday from what is believed to be dengue fever.

Already, Wayne Chen, chairman of the Southern Regional Health Authority, told CENTRAL STAR that he has ordered a full investigation into the circumstances leading to the death of the boy.

"We're treating it with the highest priority, we have already triggered an investigation into the circumstances related to his passing," Chen said.

According to the mother, young Jabarry received very little attention on the two trips he made to the hospital, writhing in pain and running a high fever.

"I bring him to the hospital Friday morning about eight o'clock, and register him, they tell me to sponge him, and I give him a sponge bath and bring him back inside. When I bring him back inside, I was told to sit and wait until doctor called his name. I was sitting there till 6:30 p.m., and nothing. So I get up and went to the nurse, I said 'nurse, I've been here from morning, a wash down mi baby, and him still have the fever, it feel like I didn't wash him down'," she said.

West said that young Jabarry finally saw the doctor about 7 o'clock in the evening.

"The doctor examine him and give him drip, the drip finished about 4:30 inna the before day. I went back to the doctor, and he said if after taking the drip, the panadol, and salt for the diarrhoea, if he vomit it up back then they will have to admit him," she said.

"I say to the doctor that the child bring up back the panadol, and he didn't admit him or anything. He prescribed a bottle of panadol for him. Doctor sent him home with the diarrhoea and fever same way, and the vomiting," she said.

West said her son was still sick on Sunday, and she took him to a private doctor the following morning. She said when she went to the private doctor, she was given a letter for emergency admission to take back to the hospital. The letter stated that young Jabarry may have contracted dengue fever.

"I brought the paper to the hospital and gave the nurse. She told me I should go to emergency room and wait. I was in emergency room waiting for hours. After five mi get up and mi seh to the nurse seh, 'yuh can tell mi where mi baby Jabarry Palmer docket deh?

"Mi baby a cry fi him tummy and him a blow hard. Him a seh mi fi pull him belt, him a seh mi fi tek off him shoes. He was feeling discomfort. Him seh to mi seh, 'mommy weh doctor, mi skin a burn mi, mi wah go home'," she said.

"By time dem call him name it was too late. It come een like mi baby even dead inna mi arms. And a when mi tek him up and carry him go in pan di bed, dem start attend to him. Before dem did assist him wid the emergency letter weh mi get," she said.

West said Jabarry was her only son and he was very kind and friendly. West said she intends to take legal action against the hospital. "Obviously, if someone don't stand up, it will happen again, someone has to take a stand," she said.