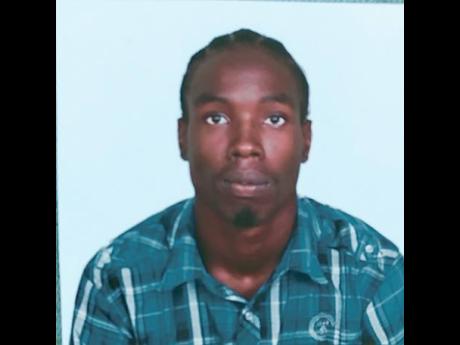 Sandra Brown heard the gruesome, heartbreaking sounds of someone screaming for his life on Wellington Street, Denham Town, Kingston, last Thursday and did not know it was her son.

Brown says she immediately jumped off her bed and signalled to her younger son to 'get flat' -- trying to stay clear of the bullets that she didn't know were piercing the body of Nickoy Humphrey, her 28-year-old son.

The Corporate Communications Unit reports that about 3:20 a.m., gunmen kicked off Humphrey's door and opened fire on him. It happened close to a zone of special operations checkpoint in the community.

His mother, who lives a few houses away from him, was awakened by the gunshots and his screaming. "True a board house we live ina, me tell me younger son fi go pon the grung. We deh deh and hear like somebody a gasp fi breath and me seh somebody get shot, enuh," she recalled.

Not long after, neighbours knocke on Brown's house and gave her the shocking news. "When me reach him house, the door open and him lay dung inna blood." He was taken to the Kingston Public Hospital where he succumbed to his injuries.

Sitting on a bench outside her house, Brown tilted back her head and dredged up memories of her son.

"Is a good boy. We had good times. Ask anybody ina the community. Sometimes me and him mouth will meet if him nuh do something right, but a good boy! Him just get a work. Him did a work wid the garbage truck before and him get another work," she said.

Clive Humphrey, father of the deceased, gazed at a photo of his son. He had few words. "Yuh just gone suh," he said.

Humphrey's aunt said: "The last pay him get, him go buy material and say him a guh fix up him house and buy things fi put inna him house. That's all him talk 'bout. That's all Nickoy a pree, and dem take him weh from we!"