Mom in pain after son is murdered 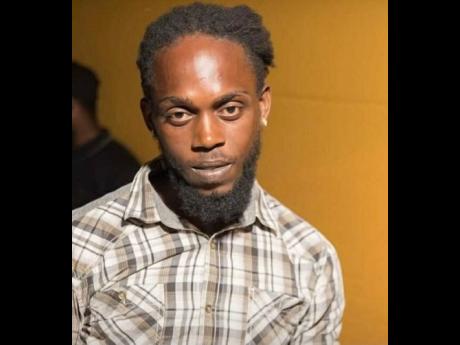 On a regular day, 55-year-old Sharon Johnson would get ready and leave home for work in the maintenance department at the University of the West Indies, Mona.

But yesterday, Johnson's first movement was to head to a crime scene only metres away from her home, where her son, Junior Bryte, 25, had been shot fatally.

"A work me a bathe fi go when me hear the shot them and one a the family come and say a me son get shot. Me rush go over the hospital go see them a tend to him and then them carry him go theatre and me there a wait until one of the police tell me say him get to one of the nurse and him dead," Johnson told THE STAR. "Me start cry and the police have to hold me up because I was weak and me just a tremble."

Reports are that sometime after 6:50 a.m. Bryte was on Golding Avenue when a lone gunman approached and opened fire, hitting him. Bryte was rushed to hospital but was pronounced dead. Johnson recalled the last conversation she had with her fourth child only minutes before he was gunned down.

Them a do some prank

"Him get up this morning and wake up to tell me that flour deh pon me step because them a do some prank in the yard from last night. Him wash it off the step fi me and tell me say him a go out the road go help my granddaughter because them a fix up some stuff. If anybody did tell me say dem would kill my son I would say is lie," she said.

Her voiced cracked repeatedly as she spoke about how Bryte was a jovial person.

"Him don't really make things bother him and him don't make trouble with people. Him have him times when him miserable but when me tell you about fun and loving, that was him," she said.

"Him love kids and always make sure that him family all right. (He was) someone who you can depend on," Bryte's sister Anna-Kay added. Johnson is struggling to come to terms with the murder.

"We live in a big yard so everybody is cheering me up and me have to just gwan hold it together," she said. "Right now the killing thing in the country dangerous man and it need to go under control." Jamaica has recorded 218 murders since the start of the year, 13 more than the corresponding period last year.