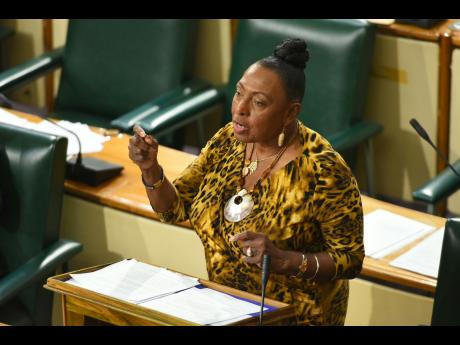 Approximately 30,000 spectators are expected to attend the National Stadium in St. Andrew on Independence Day (August 6) for the Grand Gala, which is part of Jamaica’s Diamond Jubilee celebrations.

The cultural showcase, which is slated to begin at 6:00 p.m., will feature presentations in music, drama, song and dance, by costumed and uniformed groups alongside popular local artistes.

Addressing the House of Representatives on July 26, Minister of Culture, Gender, Entertainment and Sport, Olivia Grange, said members of the public who wish to attend the Grand Gala may get their tickets at Sangster’s Bookstore locations in Cross

She added that tickets will also be distributed at the Jamaica 60 Independence Village inside the National Stadium and that other locations will be announced.

“Those who are not able to get tickets, it will be live on television, electronic boards across the island and we will be streaming right across the world,” Ms. Grange noted.

During the event, Sanchez and Derrick Morgan will be honoured with the Music Icon Award for their sterling contribution to the popularity of Jamaican music on the world stage.

She said that about 2,500 performers and crew drawn from communities across the Corporate Area and St. Catherine will perform at the Independence Grand Gala.

“It is going to be extremely grand and there will be a special high-profile guest from overseas who will be present,” she said.

Ms. Grange noted that in addition to the fireworks display, there will be a spectacular drone show. The drone show will also be a feature at the Western Gala on August 7.

“We will also have a flyover by a friendly country and we are going to have paratroopers from Guyana participating in the event as well,” she said.

Minister Grange pointed out that the celebrations on Independence Day will be held islandwide and include flag-raising ceremonies, sports festival, mini gala, gospel concerts, street dances, among others.

She informed that the Western Mini Gala will be held on August 7. “So, it is not competing with the gala in Kingston on the sixth, but they will have their own space and time on August 7,” she said.