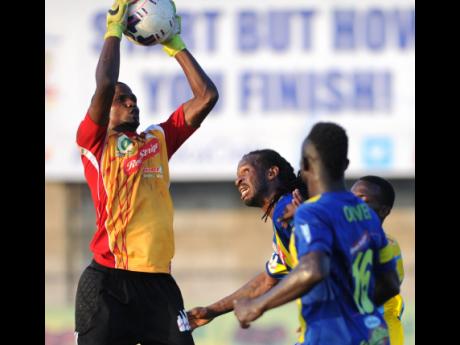 Former Reggae Boyz defender Ian 'Pepe' Goodison says the local Premier League is not as competitive as it was before he left for a career in England in 1999.

The former Olympic Gardens star, who represented Tivoli Gardens briefly in the local top-flight, is quite familiar with the teams and players of that era, and said the players were better and the teams were stronger back then.

"Back in that time, the league was much harder because you had people like Steve 'Shorty' Malcolm, Theodore (Whitmore) and a whole lot of top players and all the teams, Seba, Wadadah, Reno, Arnett, Waterhouse, Harbour View were more competitive, so it was stronger in terms of the player personnel," he told STAR Sports, after helping his current team Harbour View to a 1-0 win over Waterhouse on Sunday.

He is convinced that the present generation of players don't possess the same hunger, discipline, focus or love for the game.

"The ballers need to be more disciplined, more hungry, more focused like the players back in the days. Look at the schoolboy league, there are some very good players there, but as soon as they reach the national league their standard drop, so they need more hunger," he insisted..

The veteran centre-back, who turned 43 last month, says he is just enjoying the twilight of his career.