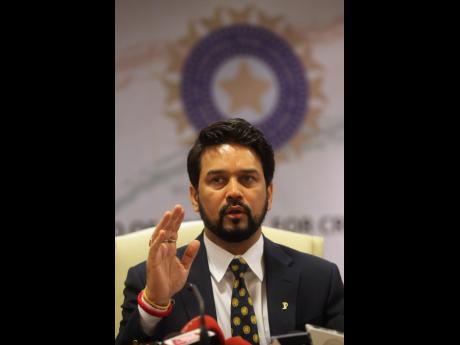 Anurag Thakur has been elected as the new president of the Board of Control for Cricket in India (BCCI).

The 41-year-old Thakur was elected unanimously at a special general meeting on Sunday to replace Shashank Manohar, who quit the position this month to become chairman of the International Cricket Council (ICC).

Manohar had to leave the BCCI because recent amendments to the ICC constitution made the role of chairman independent and not open to anyone holding office in a national cricket body.

Ajay Shirke, who had resigned from the post of treasurer in 2013, showing displeasure at BCCI's poor handling of the Indian Premier League spot-fixing scandal, will replace Thakur as the new secretary.