There will be life after Bolt - Western Champs chairman 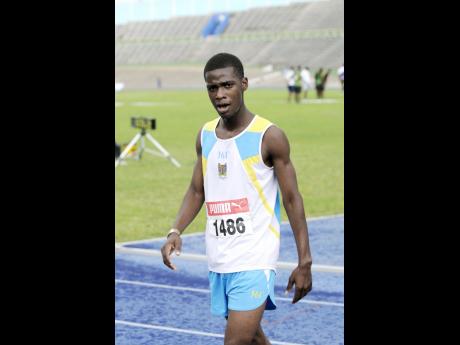 Chairman of the JPS Western Primary School Athletics Championship, Albert Ferguson, says he is confident the region will be able to produce many more track and field superstars to fill the void left by elite athletes such as Usain Bolt.

"One needs to be careful we are asking too much of these athletes; it is Usain Bolt's personality that grabs the attention. That personality, I'm not sure can be replaced. But (as for) his performances on the track, certainly western Jamaica has the talents," Ferguson told Western STAR.

Ferguson, who has been identifying and developing athletes through the championships, said that there is much talent in the region, based on what he has seen through Western Champs.

"The vision of the JPS Primary Champs is to provide that platform for primary athletes to showcase their talent, develop that talent, and possibly use it as a career path," Ferguson said.

He pointed to the success of athletes such as Jauvaney James, Shaniel English and most recently Antonio Watson, who won the 400m title at the under-18 championship in Nairobi, Kenya, in July.

The three passed through the JPS Western Primary Championships and have gone on to represent Jamaica at the youth levels.

He said the lack of funding has always been the crucial factor that deters the exposure of many of the region's athletes and that the championships, with the help of corporate Jamaica, could enable another superstar to emerge from the west.

"It (Western Primary Champs) is not as sexy as the high-school competition. Corporate Jamaica tends to want to lean to or be a 'bandwagonist' to join an already-established party, but we'll continue to knock on the door of corporate Jamaica," Ferguson said.