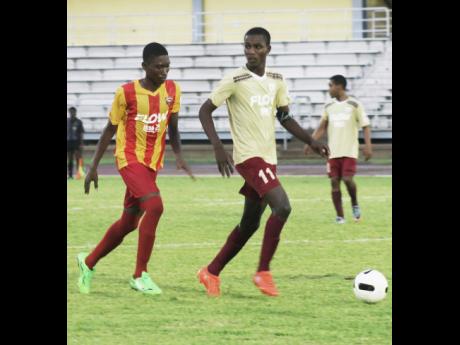 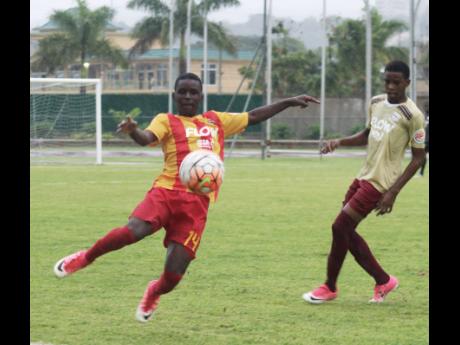 The ISSA/FLOW daCosta Cup is set to resume action this afternoon with 40 matches across all zones and two epic derby matches set to lead the way.

At 3:30 p.m., the Montego Bay cross-town derby between St. James High and Cornwall College at Jarrett Park will be a battle royal top-of-the-table clash. Both teams are locked on 12 points at the top, with St James High getting the edge on goal difference.

The Theodore 'Tappa' Whitemore-coached St James High have looked a more composed team since the last time the two met two weeks ago, when Cornwall College won 2-1 at the Montego Bay Sports Complex.

St. James High will be playing at their home venue this time around and captain Cal-Wayne Allen is keen on taking the three points and open daylight between themselves and the defending champions.

"We just have to go out there with our best, get the three points and we will be comfortable leading the zone," Allen told STAR Sports after defeating Maldon 3-0 Wednesday.

Cornwall College have brushed off their last week's shock defeat to Maldon and are looking the part again. Coach Dean Weatherly said this game will be a good one to see where they are at and what work they need to do going into the next round.

"For us to really gain we have to beat them (St. James High) so this is a must-win situation for us because we have to top the zone to be right up there in terms of the second- round games, where we want to be at least top three in the seeding," Weatherly said.

This game is expected to be an exciting encounter, being the first derby under the recently installed floodlights. The first leg that was played at Munro College ended in a 0-0 draw.

Since then, Munro have won all their games. STETHS have, however, been undefeated in the competition so far and will be looking to extend their one-point lead ahead of the visitors with a win this evening.