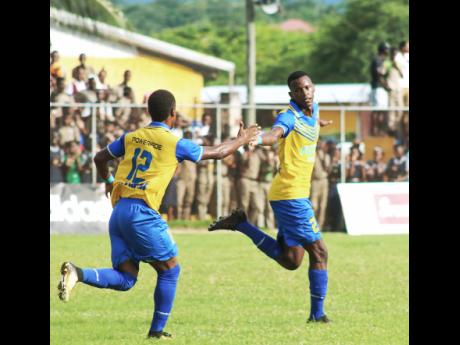 Last season, James was STETHS' leading goal scorer with 20 goals in all competitions but he is determined to score more goals this season. Currently he is on track to do so after scoring six goals in the opening four matches to date.

"This year I just want to keep focus, execute the coach's instructions and try to score every match," James said.

The player scored in three matches STETHS won since the start of the season and the only match he didn't score was the derby match against parish rivals Munro College that played to a 0-0 draw.

He opened the scoring in STETHS last match on September 19 against Lacovia with a brilliant free-kick that left the goalkeeper no chance from about 25 yards out. James is an instrumental part of the former champions mission to take back the daCosta Cup title they lost last year to arch rivals Cornwall College.

Demar stated that he admires the FC Barcelona star Lionel Messi for his dribbling skills and ability to score goals as this is the type of football he plays.