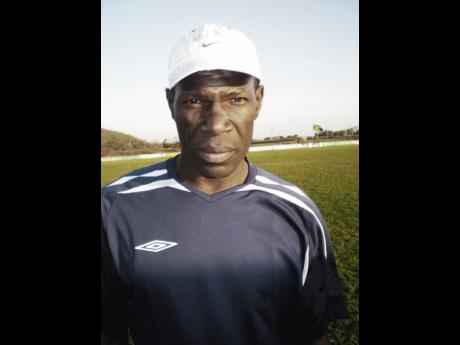 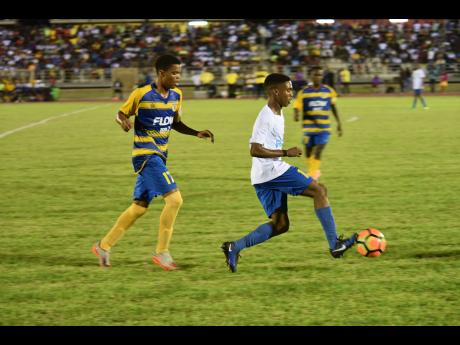 Coach of Rusea’s High Vassel Reynolds was full of gratitude to the school’s management for the faith they showed in him and the football programme after Saturday’s ISSA/Flow daCosta Cup success.

Reynolds, who won the prestigious ISSA/FLOW Super Cup last year at Wolmer’s, resigned as teacher and coach for a similar job at the Hanover-based institution.

Rusea’s won their 10th title through a come-from-behind 2-1 win against Clarendon College (CC) at the Montego Bay Sports Complex, courtesy of goals by Daniel Reid in the 55th minute and Leonard Fogarty in the 88th minute. Nicque Daley had earlier given CC the lead in the 35th minute.

“It is just returning the love to the school community and the fans on a whole. I jumped the railing and was heading to the senior management of the school and principal Linvern Wright and his deputy to really thank them. I was also beckoning on to the crowd to join in the celebration,” Reynolds said of his passionate, fist-pumping post-match celebrations.

“I got an opportunity with the Wolmer’s programme for two seasons and I thought I did well by winning the FLOW Super Cup last year and the Walker Cup in 2014. I made my contribution and continued on the legacy left by Ludlow Bernard. It was time for a new challenge so I resigned and now I am at Rusea’s. I got some offers after a successful season at Wolmer’s and was accepted by Rusea’s,” he shared.

“We knew that coming into the final, Clarendon College was seen as the better team. We were up against it but prepared properly for the game,” Reynolds noted.

“It was teamwork but before the season we sat down and put together a good technical team with Dwayne Ambusley as assistant coach, Miles as the physical trainer, Dwayne Johnson and Craig Phillips,” he said about the importance of his technical team.

“Principal Wright and his staff gave a 110 per cent. The success was due to the technical staff, mangement team, and supporters.

We owe the players a lot because they showed a lot of determination and willingness to learn. It was a new staff and the players were committed. They were always learning and we got better as the competition progressed.

Reynolds also disclosed that it was a bitter-sweet moment for him to have beaten his alma mater Clarendon College in the final.

“I used to watch Lennie Hyde (CC’s technical director) while I was a young student at Clarendon College, where I also played on the daCosta Cup teams in the mid-1980s,” Reynolds said.
Reynolds will now turn his focus on Manning Cup champions Jamaica College in the Olivier Shield next Saturday.