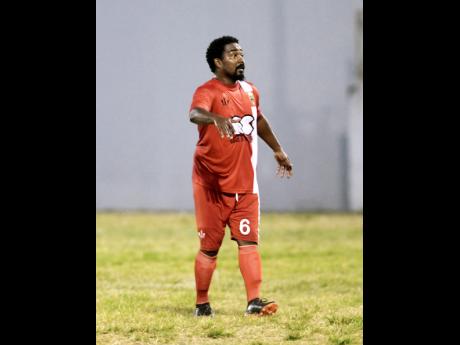 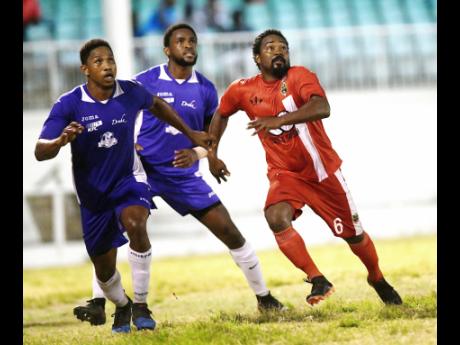 Keith Kelly (right) in action for Greenbay Hoppers in the Antigua and Barbuda Football association Premier League match at the Antigua Recreation Ground on Sunday, February 25.
1
2

In the late '90s and early 2000s, Keith Kelly was tipped to be one of Jamaica's brightest footballing prospects, having shone at the FIFA Under-17 World Cup in 1999, which saw him sign with French side Paris Saint-Germain (PSG).

Injuries, among other personal reasons, forced his return to Jamaican football from France, but since his stint at Harbour View FC, not a lot has been heard of the 34-year-old. However, he was spotted by STAR Sports on Sunday evening representing Greenbay Hoppers FC in the Antiguan Premier League (APL).

Despite his weight gain, Kelly still showed the technique and composure on the ball he was always known for in his youth, in his team's 1-0 win over Old Road FC at the Antigua Recreation Ground. He said no one really knew what to expect from him when he joined the league four years ago.

"Honestly, a lot of people didn't know I played for PSG," he said. "After leaving Harbour View, I came here. Not in 100 per cent condition, but, not being in good condition, the football level in my head led me to display what I had to display. The first touch, everybody got excited and said 'Boy, this fat man can play. Just imagine back in his days.' But afterwards, people kinda heard about me being at PSG and all a that, so they could kinda see a difference in my game."

Kelly said that since then his performances have helped him to gain the respect of teammates, opponents and spectators.

However, Kelly, like other Jamaicans in the league, believes that foreigners are grudged for their earnings. But unlike the three Jamaicans from Grenades FC who voiced this opinion, Kelly said that his interactions with local players is different.

"It's a little bit aggressive here, but not like back at home," he said. "Coming from another country, they try to accommodate you as best as possible. But you know, sometimes locals feel a little left out. But you have to understand that they're pulling us out of our comfort zone to come represent their team. We don't have any family here, we don't have a nine to five (job), or nothing. We just come to play football, so they have to put us up, accommodate us with housing, food, et cetera."

Hoppers find themselves at the top of the table on 31 points with three games remaining and Kelly is looking forward to winning possibly his second trophy, having won the first in his first season. From there, he is weighing his options about staying.

"Maybe I continue playing here, maybe I return home, I'm not sure. Being here, people like what I have to offer, so they ask me to come back," he explained.