Of course there was pressure, says Duckie 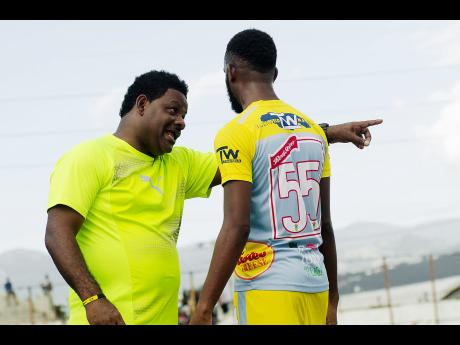 Duckie, previously at Humble Lion FC, faced counterpart Jerome Waite, and his Arnett side in the 2015/2016 semi-final, and then again last year, before he was dismissed at Effortville.

He said that facing Waite once more at the same stage of the league meant he could not allow for the four-time Premier League winners to get one over him once more. For him, it would have left no doubt that the problem lies specifically with him.

"Of course I was under pressure," Duckie told STAR Sports. "Many coaches would stand here and deny that, but the truth is there was pressure because of the past. To lose again, with a different team, for me, would mean that Duckie is doing something wrong. That's what I said to myself. So I created the pressure for myself .... I didn't express that to my team. I asked them to play without expectation, as they were doing for the season. We crossed the hurdle convincingly. We won both legs and it's a happy moment for me, the team, and the community of Waterhouse."

Duckie said that while Arnett are a well prepared team, they had luck on their side, something he felt was missing in his time at Humble Lion.

Having defeated the Junglists 3-1 on aggregate after Monday night's 2-1 win at the Anthony Spaulding Sports Complex, Duckie's side now turns its attention to Portmore United, now in their third straight final, at the National Stadium on Monday evening at 8:35 p.m.