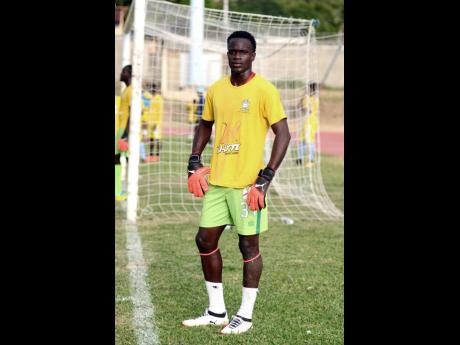 Waterhouse FC goalkeeper Diego Haughton said he almost gave up football for good because of hardships he faced in his time as a player.

Haughton, who faces his former club Portmore United, in Monday night's Red Stripe Premier League final, told STAR Sports that a lengthy timeout of the game with injury made him think about switching focus to just being a family man.

"I was out for two to three seasons and when I left Portmore, I just forgot about the national thing (selection), and mi done with football one of the times," Haughton shared. "It neva did a work out and mi get kids and go look work and so. But then I got a call from Leighton Murray to come Waterhouse and I said: 'Nah man, too much stress and problems dat a go put me inna. Mi have mi youths fi deal wid'. But then mi seh: 'Alright Murray, mi a go give it a try.'"

The 27-year-old father of three who works in a clerical role at GraceKennedy, describes trying to balance football and a nine-to-five job, while raising children as "rough."

"Sleepless nights, sleeping at work, coming here sleeping. It's rough because waking up at 4 a.m., leaving at 5 a.m., leave work at 4 p.m., come to training at 5 p.m., leave training at 7 p.m., wake up again in the morning is rough. So it would be a good feeling for me, my family, friends and fans to bring this title to Waterhouse."

Haughton said that he never dreamt that he would have been playing in the grand final this season, given the club's relegation battles in recent seasons.

"Suh mi give it a try and it was a good chance because last year dem time yah, wi neva did deh yah suh. Wi did a fight relegation. Dem time deh mi hand did break. But mi know seh it would be a good feeling if mi win dis Premier League. Mi 150 per cent confident seh mi a go win it wid di team weh wi have right now."