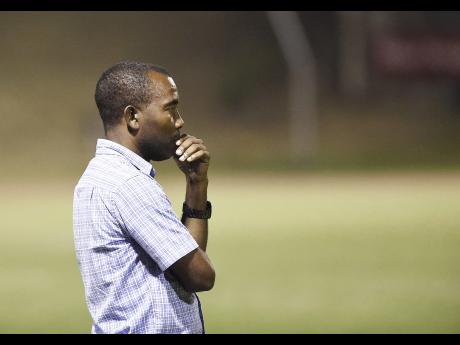 Mount Pleasant have exceeded typical local Premier League budgets and did not spare anything in purchasing some of the league's top players. Dumbeholden, on the other hand, have gone under the radar, but according to reports, the St Catherine club has done good business and will be competitive.

Traditional teams like Montego Bay United, Humble Lion and Waterhouse have lost big players and Speid believes they might struggle to put the pieces together.

"We are wary of the new teams. They are very strong. and it will not be the usual thing where new teams go down, some big teams have to look out," he warned.

"In their (newcomers) offseason activity, both teams acquired players. Many (fans) are looking for a new team to go down, but not this year, some traditional teams will have to watch themselves, including us," he declared.

"It wouldn't be a surprise if the new teams make top six, some traditional teams took a hard hit (in transfer window), and these newcomers will be different from last season's promoted teams," he said.

Meanwhile, in an attempt to make up for the absence of high school players, Nique Daley, Shaneil Thomas, Nikache Murray, Jaedin White, Omar Thompson and Jevaughn Cole, Speid ventured into the market mainly to fill those gaps.

"I will lose at least six players who attend school. I will not have them until January. That meant we definitely had to go to the market, as we are going to be short. We had to fill the gaps, and although some of the players I went to the market for are young, they will not play schoolboy football," he noted.

"It's a host of young talent and I am working on more. I haven't transfered anybody (out) yet, but I expect a few players to go. Kemo Wilson will go to Mount Pleasant, but I haven't received anything for the others yet," Speid said.

However, he anticipates that his team will be stronger than last season.

"I have my starting 11. I haven't lost any starting player, so I am not short of players. I think I have adequately replaced everybody and we have competition in all areas. This team is stronger than last year and more experienced. We should perform better than last year, so we expect to get into the play-offs again," he added.